Better late than never I would say when I review the couple of next movies on my blog because I saw them in November. That’s right, I’m basically a whole month behind with my reviews due to school deadlines but I should shut up now and continue with Your Sister’s Sister which I actually enjoyed very much. I had no idea what the movie was about though, had not seen the trailer nor really read the summary. To be honest, that is a great way to watch a movie because you would know nothing and it keeps the surprise. At least with Your Sister’s Sister, which kind of needed that bubble of not knowing anything about it due to its quite simple plot.

What I liked about You Sister’s Sister was its emphasis on dialog, it had a lot of it and it really seemed that Lynn Shelton had worked a lot to generate believable conversations. She also happened to be the director of the movie but since I’m not familiar with her previous work, I can’t really tell if I like her style. With Nancy Meyers, I know for sure I like the style she puts into her movies, but Shelton is still a bit of a question mark. I do get an indie vibe, there’s no question about it, but also the subtle quirky feeling in those important scenes and this is not making any sense! What is happening, I’m totally lost my mojo, looking for it now ..

Your Sister’s Sister is a heart warming and yet a bit of a stab in the back story, it has Mark Duplass as Jack in the leading male role. We learn in the beginning that he has lost his brother and he still hasn’t gotten over it so his friend Iris (Emily Blunt) sends him to her camping hut. Enters plot-tiwst called Hannah (Rosemarie DeWitt) who happens to be a lesbian and all the elements to make that Sideways vibe happen are compiled together. While it did have that moment where I literally clapped at the screen, even though I knew it was coming, it was just brilliant when it did. Then again, based on that moment alone, I wouldn’t say the whole movie was as great.

With some movies it is simply difficult to pinpoint its faults or elements that were weaker than others but I guess then the movie just happens to be either good or bad. For me, Your Sister’s Sister was a combination of both, I enjoy those very dialog filled movies sometimes and I thought the acting, especially Blunt, was brilliant in terms of capturing the emotions. If anything, I didn’t enjoy the ending as much as the way the movie took me there. I think I needed more closure, it was all left open and a bit unclear in terms of what happens to them but I guess mystery is a matter of taste and suitability in terms of the genre. I think such a verbal drama doesn’t have that setting to create an unfinished ending, compared to Inception for instance. So, I guess that was the general criticism against Your Sister’s Sister and like I’ve said many times, the ending does matter and for me it brought the excitement down a bit. In terms of character building, all three got enough attention to fulfill the purpose of the main plot but I would have personally liked to know more about Iris. Jack and Hannah were the broken down characters and Iris was less of a disaster in that sense, yet, there was potential to her in terms of finding that connecting moment that I was looking for.

So far, I think the review is all over the place, a great example how a person tries to recall a movie they saw in the beginning of November. Yet again, though I remember the movie that is not something to see as a positive because I remember most of the movies I’ve seen. Even the bad ones, sadly. So maybe from an objective point of view, Your Sister’s Sister can be that kind of a movie that you see and like but will forget in time because it doesn’t have that strong impact on you. Other than that, I still think it is better than most complicated relationship based movies.

PS: The movie had some nature scenery but I felt like it wasn’t emphasized enough to become the wow-factor of the movie. It did feel a bit too sad and depressing (coherent with the plot), yet some scenes could have had that visual impact in terms of cinematography. 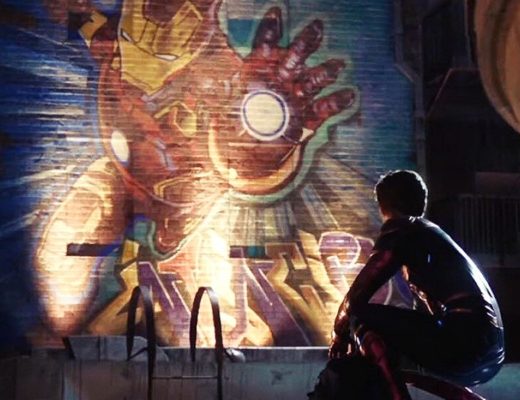