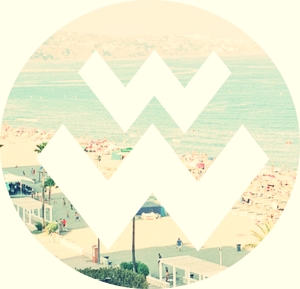 Using the word summer might be a bit rushed, since it starts on June 21st, but I always associate school breaks with summer – and school basically ends in May. Never mind the fact that I’m currently not even going to school; I’m sticking with summer starts when June starts. Or in my case, my internship begins.

Greetings from Ireland! (PS: this sentence is a bit ironic because I’m currently in Estonia and scheduling this post for next week, so hopefully I have made it to Ireland safe and sound.) And yes, I’m again in foreign territory but this time I’ll stay for only 3 months and if everything goes as planned, I’ll add a week long vacation/traveling in September. As I collected some information about the place I’m currently a part of, as an employee and a guest, I found out some horrific news: the Internet connection is not the best. How bad it is or how accessible it will be for me, I’ll find out and let you know on Sunday. That being said, the summer schedule is not due to the lack of Internet connection, it’s rather just a formality of the whole people have other things and stuff to do during summer than to sit behind the computer and go through hundreds of reviews and blog posts.

While I do think I’ll have time and means to post on my regular schedule which is 3-4 posts a week (on good weeks even 5), I think I’ll just ran out of information to share. With my internship and the rather secluded geographical position, I’d also be cut off from civilization and cinemas (at this point I think I’m cursed because as far as I know, the closest cinema is again as far as the closest cinema I have in Estonia): so new releases seem rather unlikely. Plus, I do want to explore (like Dora) and see Ireland as much as I can, so catching up with my to-watch list sadly doesn’t seem as appealing as well. That being said, one review a week is definitely something I’m aiming towards, maybe even weekly ramblings about Ireland and definitely a Linked post – in other words: summer schedule means 2-3 posts a week.

*Chandler’s dance moves seemed the most appropriate after this announcment*

Hopefully this will be something I’m able to achieve this summer because after acknowledging in the fact that it will most likely rain frequently, I’ll probably have a lot of indoor time to spend. Which means writing blog posts or reading something – I’ll definitely go by the library to see if they have Game of Thrones! To keep things fresh, I was thinking about a blogathon (an extremely sleepless night brought me a new idea – now I have two!) and it seems like a nice simple thing to host during this summer. I’ll most likely host it after I get more settled in and get used to it all – I’ve been doing nothing for so long that I have forgotten how to actually do stuff. But, I’ll find out soon enough, on Friday actually!

I should mention that my travel schedule had me up all last Friday night with all the possible scenarios that could happen; in other words, things that can go wrong. Usually I’m not a nervous traveler but then again, previously I’ve never really traveled alone – except that one time but with previous knowledge of my route. This time, man, this time I was completely blind to where I was going and for a visual person, not having seen the places before, is just torture. In other words, I’m probably sleeping and walking around like a ghost today – (while writing this before my trip I’m certain that) yesterday was a pretty long and exhausting day!