After posting solely Thursday Movie Picks for a month I figured it was about time to review something. This November I have had the opportunity to participate in the 24th Black Nights Film Festival. An event that is near and dear to my heart. Due to the pandemic a lot of the movies are available online which makes it a lot more accessible. I will try to review a few stand outs from the festival in December. But today I want to talk about When I’m Done Dying.

When I’m Done Dying is a Turkish movie directed and written by Nisan Dag. It tells a very emotional and powerful story of hope, love and addiction of a 19 year old Fehmi living in a rough neighbourhood. The movie follows Fehmi through a passage in his life where three important things happen, one of which is holding him back. He meets a talented DJ Devin, they fall in love. Meanwhile him and his friend get an opportunity to make their music career possible. A music producer is interested in their hip hop/rap song. And Fehmi needs this because his family needs money.

There are no airports in our hood, but everyone is flying high.

But one of the reasons Fehmi’s family is struggling financially is his drug addiction. Bonzai, a synthetic drug that is cheap and very dangerous is threatening to ruin everything for Fehmi. His possible rap career, his relationship with Devin as well as his family, his caring father and older brother. Yet despite the people in his life Fehmi is unable to stop smoking Bonzai.

From the outside When I’m Done Dying is not a complex movie. It follows one young man struggling with addiction showing the dangers and reproductions of his decisions. But in its core When I’m Done Dying is an intimate look into a reality of Turkish youths living in impoverished communities. Yes, it tells a unique, fictional story but the essence of reality is always present.

The neighbourhood where When I’m Done Dying was filmed is real. Even the gunshots heard on the background that gain no reaction are based on facts. Hip Hop and rap music has a big importance in some of these impoverished communities as well. It gives the youth a way to use their voice. The addictive Bonzai is a reality to Turkish youths as well. While not as dangerous as almost 20 years ago, the synthetic cannabis is cheap and accessible even to the poor. So it’s easy to fall down he rabbit hole, especially if you feel like you have nothing to lose. 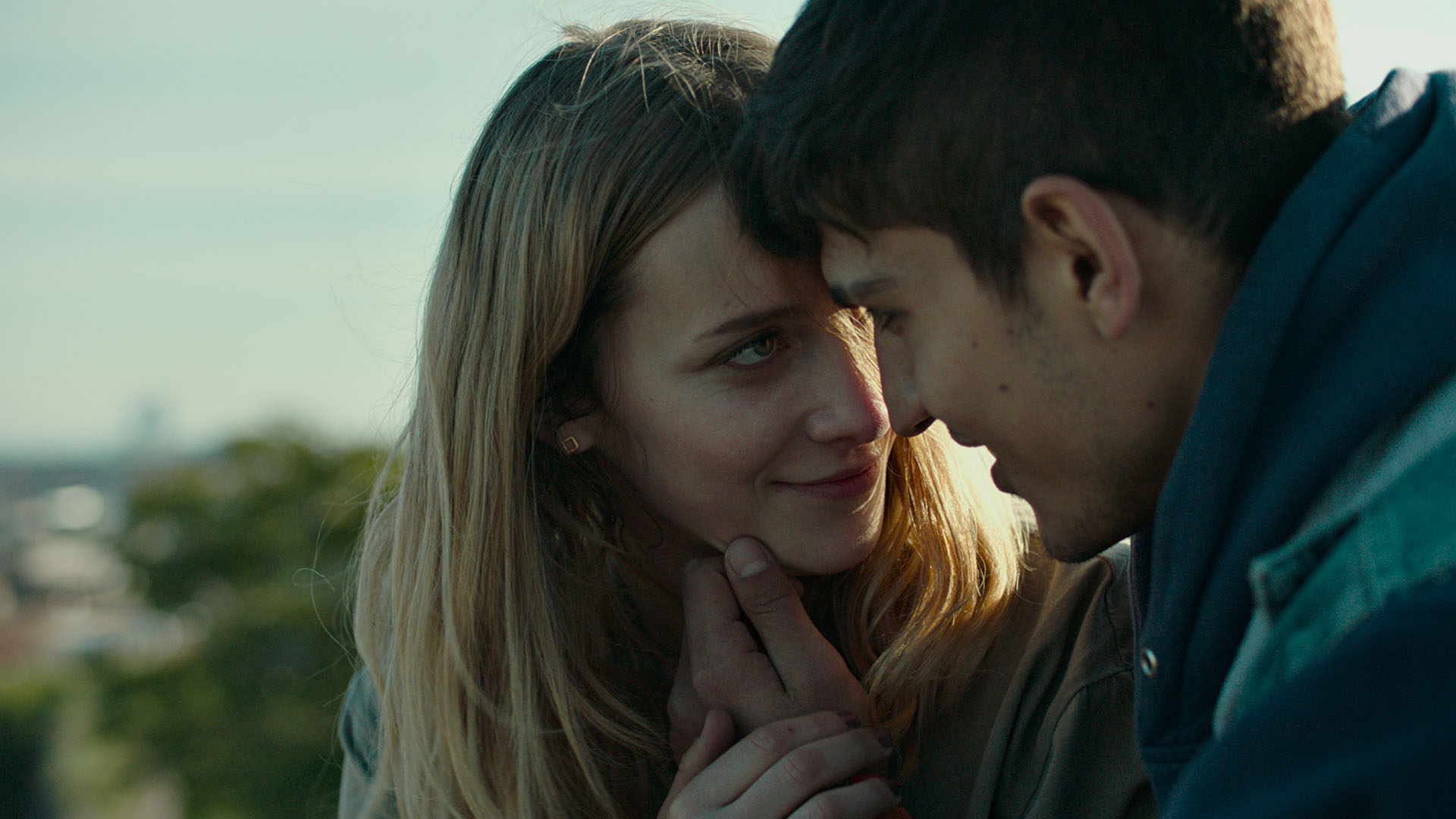 But Fehmi our protagonist has. He has a caring father and brother, he has his talent and a new love. To see him fall into a downward spiral of addiction is heartbreaking. Dag uses her background here to show the viewer the drug infused state as animations and even shown like that those scenes feel very real. Too real to a point where I felt frustrated at Fehmi for making such decisions.

The acting by Cubuk and Hayal Köseoglu who plays Devin is great here. Cubuk has the challenge to make the viewer believe his struggles and root for him. Köseoglu is there to balance the chaos with resolve, care and to some extent calm mystery. The supporting cast is strong and there are non-actors from the neighbourhood in the movie as well.

Dag as a director and a writer combines fiction and reality well, there’s no glossy exterior to When I’m Done Dying. It’s real, it feels raw and intimate and it takes you on an emotional roller coaster. Definitely a talent to keep an eye

When I’m Done Dying is one of those movies that I’m glad I saw. Black Nights Film Festival always introduces me to these foreign gems I would not necessarily find on my own. This is why film festivals are important, this is why big awards like Oscars don’t really matter that much. There are smaller, important stories that get told every day. You just have to be lucky to find them.

I hope you get a chance to see When I’m Done Dying somewhere. It’s important to experience places that we do not get to see and movies help us do just that.