Instead of writing about House of Cards, which I actually enjoyed, I decided to write down a review of a movie I saw a while back. War Witch, originally called Rebelle, caught my eye on the Apple trailer list and I thought why not watch yet another foreign movie in French this year. Turns out, it’s serious topic, the take on war, symbolism of death and some very brave scenes, made it into another great movie experience I have had the pleasure of enjoying this year.

War Witch tells a story of a young girl Komona, living in Congo, she is taken into the rebellions army but not before she is forced to kill l her own parents. After she escapes a bullet shower of the enemies, everybody starts to call her the witch and yet, the life of a rebellion witch is not better than an average soldiers one. Komona falls in love with an albino warrior Magicien – already the casting seems brave and the usage of an albino makes their love story somehow even more intriguing. There is also a lighter story line involving a white chicken but the joy is shortly lived.

Without getting too deep into the story, I’d like to write shorty about my favorite thing about War Witch which was its symbolism of death. All those who had lost their lives appeared to Komona, under the influence of some natural narcotic obviously, and they were all painted white. It was such a simple detail and yet it felt so powerful, so meaningful and its simplicity carried all kinds of emotions. What I liked best about it was the fact that it wasn’t used extensively and the first time it happened, it was yet to be explained – the confusion I had was strong and yet, I could see its symbolism. Later, Komona explained that she sees these visions while being under the influence, and it didn’t bother me that it was so bluntly said to the viewers because the meaning was still left to be interpreted.

It is difficult to talk more about the movie, it’s always hard for me to talk about foreign movies because I’m not aware of the people behind it. But what I liked about this Canadian film, while most of the movie is actually filmed in the Democratic Republic of the Congo, was the fact that I didn’t know these people. Two of the main characters were portrayed by people not well known and Komono’s actress Rachel Mwanza gained a lot of praise for her role despite of it being her first acting job. I can’t explain it but War Witch was much better to me than Beasts of the Southern Wild, I’m guessing it has to do with the fact that I liked the symbolism of death here more than the “fear” metaphor in the Beasts.

Not making this review too short, something that I must apologize as well as for my lack of motivation this week, I should also add that it had a very cringe worthy scene for me. It was of Komono placing a blade, stuck in a peach, into her privet parts so the army’s commander would injure himself while he would have sex with her. It was raw and it was cruel, and I could imagine this being something taken from real experience – awful!  Anyway, that scene will be forever in my memory but don’t get me wrong, War Witch has a lot of great scenes inside its succeeded attempt to show the horrors of war and children taking part in it. 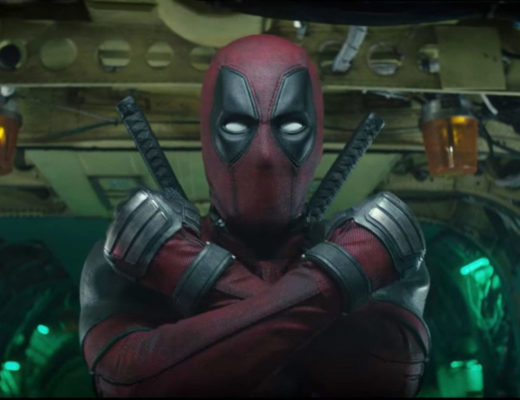