For some reason I had lowered my expectations for War Horse before I even really saw the trailer. The plot seemed too far fetched and after the trailer, I put it aside with a clear plan of not watching it at all. But things change and I decided to give it a chance, why not I thought, but while it rocks a solid 7.2 score on IMDb, for me, War Horse never managed to bring on screen a coherent story: it didn’t take long until I often started questioning the logic and saw its profound heroism as way too mushy for my own taste. Considering its high rank and 6 Oscar nominations, I guess I belong to the minority and I don’t mind – some movies, such as War Horse, are a matter of personal preference.

There were couple of things I was looking forward to, the animals and Tom Hiddleston. I know it sounds a bit weird but it’s the truth, I knew I wasn’t going to like it because I was already put off by the topic of the movie and that’s okay. Still, Tom Hiddleston looked good in this one and to come to think of it, the acting was probably one of the high-lights of War Horse on human and animal level. First of all, Jeremy Irvine as young Albert, did quite a good job considering it was his first big movie role. Did I feel the same about Albert as a character? Probably not but it was mostly due to the screenplay which in some moments felt so awkward and clumsy. Which is so ridiculous, and I feel so bad for saying this, because it came from the guys who penned down Love Actually and Billy Elliot! Was it a difficult task since it was a novel-based movie, I have no idea, but there were moments where I was simply holding a question mark and shaking my head with disbelief.

Well, not being completely harsh and saying all these bad things, I must admit, the horses were absolutely amazing! I felt so bad and it literally scared the hell out of me when Joey (the war horse) got stuck in the barbed wires and all – I don’t like seeing animals getting hurt and that was just atrocious. Then again, all the scenes I did love that were about the horse, had no actual dialog so I guess a lot of the dislike did come down to the writing. Directing on the other hand was alright I guess, I didn’t have enough patience to view the movie as intensely after Hiddleston’s character left the picture but I did think the cinematography was gorgeous at times! Especially the scene where both sides of the war met in the middle to save the horse from the barbed wire. That was one of the best scenes regarding the human interactions but the way the story got there was bothering me a lot.

For instance the brother who took the two horses to save his younger brother from going to war. Though the one going to war clearly stated he wanted to go in the beginning, once he got on the horse he was completely content with them breaking the army-law. Or when the girl rode on to the top of the mountain and ended up in the middle of the army although she could have turned away right when she got to the top because she most definitely saw the camp from up there. Not to mention the fact that it was her first time on a horse – I don’t know about others, but I would not be as skilled on a horse if it were my first time. But these were not the scenes that bothered me the most, what made me go off in a frenzy was actually one of the first scenes with Albert and Joey when they had to plow the field. I’m no country girl but even I know that when you do such a thing the first task would be cleaning the rocks away so it would be easier to plow. Did Albert do this or did his father who was looking him work, tell him of this? No. And of course we as viewers got this almost dramatic moment of cutting a rock in half which would have been avoidable if Albert knew how to do country work. I mean, for the sake of the horse, one could have made the ground less dangerous.

Those were just some of the bigger things that disturbed me but then again, who knows, maybe it was all in the book and the writers just went with it. Though, I would have liked them to at least offer some less drama in places it wasn’t needed. That goes for the same plowing scene which had the whole town looking at it if it were the plowing competition final or something. I start to wonder if that whole dramatic build that kept piling up with all these different people meeting Joey and giving their lives for him, was worth two and a half hours. If the whole story was stripped down a bit, on places I described, and it had been given a more or less doubtful script, it would have been totally fine with an hour and thirty minutes. And I wouldn’t have mind if there was more of Joey on screen during his training in the farm since his acting was on the highest level.

One might already know that I was not pleased with the movie but not because it was done bad, it just didn’t have enough solid story to lean on in the first place. Though I respect the writers of this movie, and love their previous works I already mentioned, I still think they took a story and kept giving it drama which was not needed. It is a story about a horse who goes to war and returns – it’s quite dramatic itself especially the scenes where Joey is tortured by the physical work the horses are put through. There is no need to make it rain while Albert is trying to plow and then add giant rocks in the way to take our emotions to another level. I feel a bit cheated by War Horse, I felt like the animal torture was enough to make me sympathetic and sad, but meanwhile the human-drama effect stripped the authenticity away from the movie and left me question its credibility.

No hard feelings to those who liked the movie, I know for sure one of my favorite bloggers loved this and I feel like I have to credit the horses one more time to assure her that my dislike had nothing to do with Joey. War Horse was a movie that I did not enjoy but Joey stole each scene and because of him, I’m glad that I at least took the time to watch it in the first place. 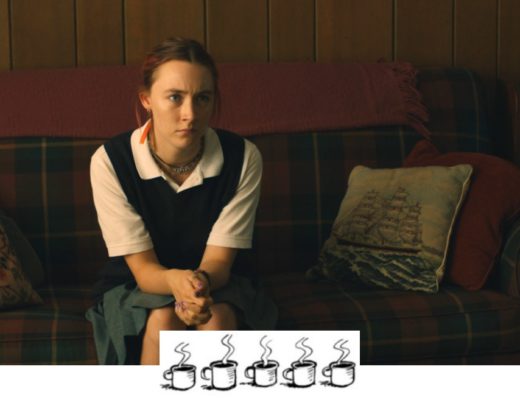