Well hello there. It is me, long time no post. It’s been literally hectic and crazy over here. Most of which I don’t even want to discuss and some of it I can’t discuss. But as you can tell from the title, I missed last week’s Thursday Movie Picks so I’m bringing you 6 recommendations today. This is the first time I’ve missed a week and it actually hurt my soul a little. Here’s hoping I won’t miss any more. 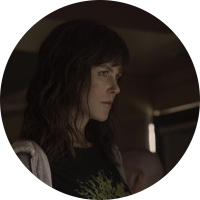 Have I mentioned Destroyer yet? If not, it’s amazing! It has one very strong performance by Nicole Kidman and another by Sebastian Stan. Both of them go undercover and things get a little complicated. I loved this film when I first saw it because it played well with the narrative. It also had Stan in some very tight jeans which is always a bonus. If you want to hear me talk about this film, you can actually go and listen to The Matineecast’s episode. I’m sure I said something intelligent during the podcast, I mean, I hope I did.

Why not mention one of the funniest and heart warming movies in recent years – Spy! This is literally THE one Melissa McCarthy comedy that did it all right. She wasn’t cast as an idiot, she was capable, intelligent, brave – and she was the hero. Also, Jason Statham delivers one hell of a role as well and that final scene just really adds so much to the entire movie. It is universally known that me and Margaret are hoping for a sequel for this, which will never happen. But then again, if we keep talking about it, maybe they will get the hint. Oh yeah, and she’s undercover for most of the film and so is Miranda Hart. 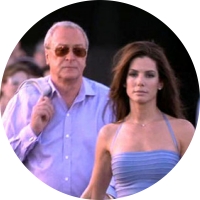 After I remembered Spy, I remembered the first undercover badass cop movie I whole heartedly love – Miss Congeniality. Sandra Bullock has some amazing moments in this film, and they are classics nobody is going to forget. This film has heart, love, action and most importantly, it makes fun of itself without sounding like an idiot. If you know what I mean? Anyway, just by mentioning it here today, I feel like I want to revisit it but there’s no time. Because I need to recommend 3 more movies! Ah, by the way, Bullock’s character goes undercover to a beauty pageant – in case anyone was wondering but I doubt you were. 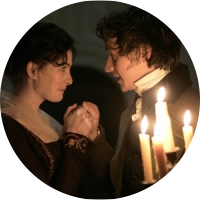 Alright, I wanted to go into a specific theme within a theme so this week it’s mostly about Jane’s. First up, the biographical portrait of Jane Austin played by Anne Hathaway. The movie also has James McAvoy so you know you won’t be disappointed. What I’m slightly concerned about is the memorability of the film because I’ve seen it but I just can’t place it. That being said, I think it is a must for any Jane Austin fan and if you’re not, watch it for McAvoy. He looks so adorable and well, that’s a good enough reason to see it. 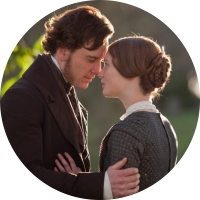 So another Jane we know and love is Jane Eyre, as written by Charlotte Bronte. We have Mia Wasikowska and Michael Fassbender telling the dark, eerie and a very complicated love story. I’m not even sure if it is a love story, probably is, but it never really feels like it. It’s always that one period drama that seems like a horror story to me and I don’t know why. It might be that the cinematography is very dark instead of warm and almost dusty, like with my other two picks. I might be wrong here too because for the life of me, I can’t completely remember Jane Eyre either. 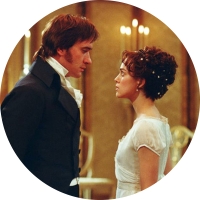 Ah, now, no other mention matters because here it is – my favourite period drama ever! And it will always remain my favourite because I don’t really watch period dramas. But Pride & Prejudice is just so perfect. I have seen this film more than 10 times, and every time he touches her hand by helping her into that carriage – breathless! It’s also such a well made movie, definitely above other period dramas for me in terms of keeping it relevant so many years later. It has a timeless feel to it and I guess it has to do with the smart writing, the great acting and the beautiful cinematography. Perfect. This movie is perfect! I wouldn’t want to change a thing, other than maybe it could be even longer because I never want it to end!