With my newly found desire to blog more often, I’ve decided to just go nuts and do things I haven’t done yet. Like trailer reactions because why not?! Starting off this new trend here on Mettel Ray is Rian Johnson’s Knives Out. A crime drama filled with so many big names and fan favourites that it’s hard to imagine not loving this film right off the bat.

First of all, Chris Evans! I love him here, I don’t care if he’s an unlikable character or a crazy one, I’m already in love. It’s so nice to see him no matter the role and it looks like he’s having fun here! Hopefully he will have a bigger role and not be killed off early on because that would be a huge waste!

Secondly, this looks like a great crime thriller, or am I imagining it? The cast alone is brilliant, Rian Johnson behind the camera gives me a some confidence as well. (I’m purposely ignoring The Last Jedi ever happened). The only thing I’m a little hesitant about is Daniel Craig. He seems to be doing a weird accent here and well, with all that Bond drama, his public persona is just very unlikable these days. 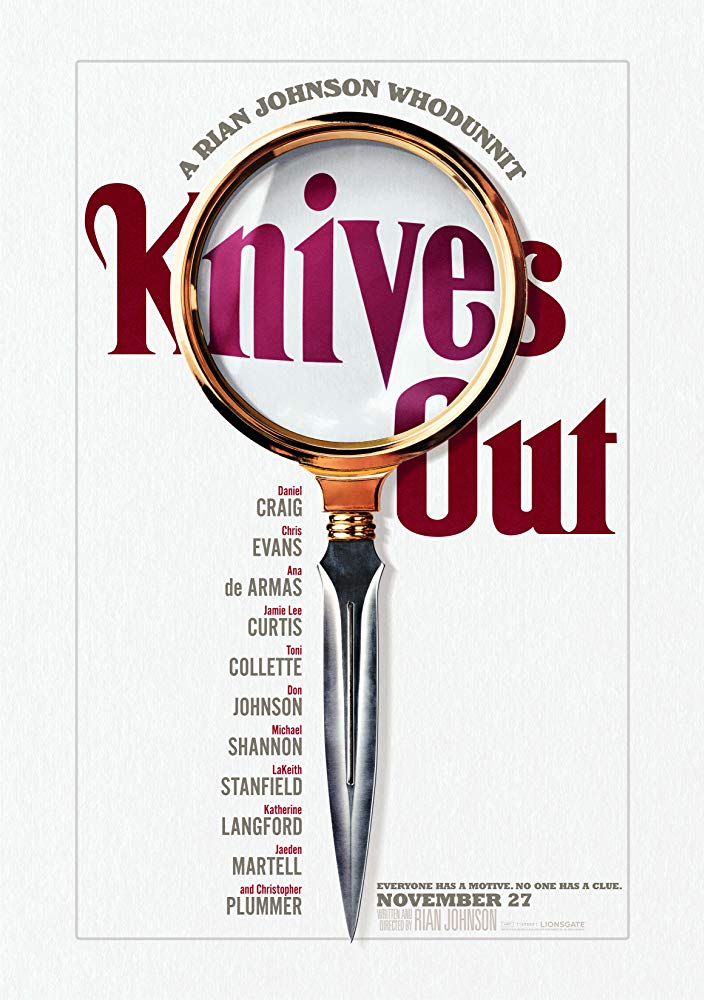 But that being said, this is going to be a lot of fun. Shannon is in it, so you know it’s gonna be a lot of crazy as well. Not to name drop literally everyone but Collette and Curtis? Gosh, that’s a magnificent duo right there. Curtis looks stunning in that red suit as well. Plus, Stanfield will surely add some flare of his own to this.

The plot seems to be an ode of those classic crime stories, where a murder takes place during a gathering. The detective arrives and starts to solve it, the entire group of people are suspects and step by step the mystery unravels itself. Add to the fact that the movie seems to take place primarily in one setting, and I’m even more excited about this.

Anyway, as it might seem from the level of excitement I’m putting out there, Knives Out is now one of my highly anticipated movies of 2019. Can’t wait to see this and be blown away by the performances and the movie itself. Plus, as an Evans fan, this movie will definitely be a great fangirl moment for me!

KNIVES OUT will be in cinemas on November 27th