The idea was to list Top 10 characters but considering the main characters would’ve taken over the entire list, I figured I’d go with the Top 5 minor characters instead. Besides, it’s pretty obvious my favorite would be Veronica and/or Logan, because it’s hard to choose between them, followed by Weevil and Wallace and so on. Plus, it turned out better than expected because it was a lot easier to list and rank the minor and yet memorable characters!

Vinnie Van Lowe (Ken Marino) is definitely one of those annoying supporting characters that you want to hate but can’t live without because they are essential to the Veronica Mars universe. He’s a private detective as well and well, he isn’t the brightest of the bunch  but he certainly gives some good laughs in those 10 episodes he appears in. Also, I figured I needed some funny characters in this list because otherwise it will be pretty grim in here.

What can I say, I loved Troy Vandegraff (Aaron Ashmore) when he first appeared and I feel as if his role was crucial for the show because Troy showed us how strong Veronica was. Yes, he turned out to be a complete douche and he used Veronica, but for the viewers, this story line introduced us to the Veronica we begun to love and I felt somehow empowered by that. It also helped that Troy had a great smile and an interesting plot which sadly ended too soon but considering how it ended, I couldn’t be happier.

Keeping the theme more on the villain side of the spectrum, Aaron Echolls (Harry Hamlin) comes to mind and with good reason. Aaron is Logan’s father, he appears simultaneously throughout the first season and makes us hate him. He’s not the best father and since he happens to be the father of my favorite male character of the series, I pretty much hate him. Since I might spoil things for you when I say why he’s actually so high up in this list, I’m going to stop now. Let’s just say, Aaron becomes essential in the end and whether you like it or not, he will be remembered and that’s the reason he’s in this list.

The happy part of this list is the light and warm and fuzzy character, Veronica’s cop boyfriend, Leo D’Amato (Max Greenfield) who was just adorable throughout! He was older, wiser and he seemed to be good for Veronica. Their relationship brought some good old Keith Mars (Enrico Colantoni) moments as well. It was rather sad when things broke off between Leo and Veronica because next to Logan’s relationship, Leo was pretty much the only character I ever shipped Veronica with. That and I thought Max Greenfield was, and still is, freakin’ awesome!

Lilly Kane (Amanda Seyfried) was the center of season 1 but she was dead the whole time. If this list would contain main characters, Lilly would still be high in the list because she had something special going for her – her own murder! I loved how Rob Thomas started the series, the first season was all about this teenage girl named Lilly, Veronica’s best friend, being murdered. This is how you write a character, through flashbacks and memories and with a performance like Seyfried’s, a character just becomes immortal. It was quite sad to let her go after season 1, though there were couple of episodes we saw her in season 2 but I guess that’s what was supposed to happen. Still, Lilly was the light of season 1 and I still can’t get over the fact how cool her character actually was.

If you’re a fan of Veronica Mars, let me know who were your favorite minor characters in the comments! And stay tuned for more Veronica Mars related posts this week! 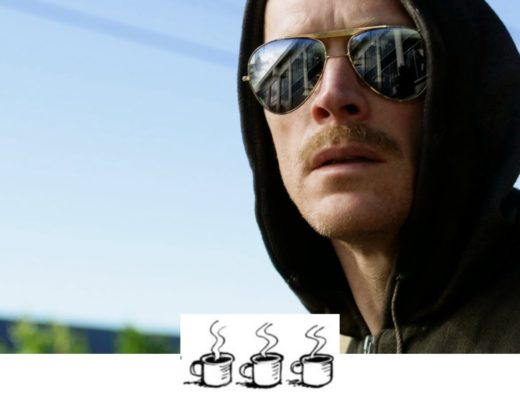