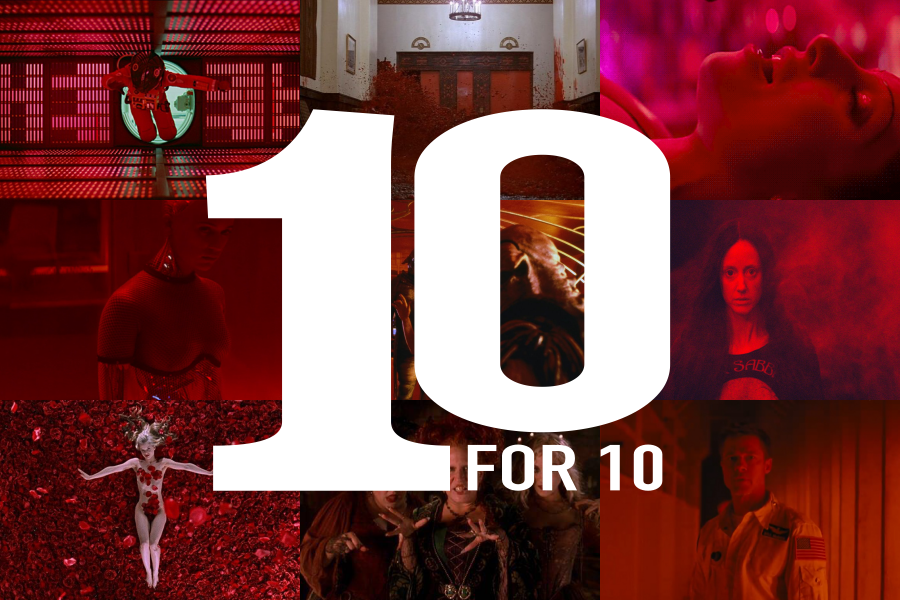 I’m addicted to TV-shows. That’s such an obvious statement but it’s the truth. I also love to ship characters and sometimes my favourite couples just don’t work out. So today for 10 For 10 I want to share 10 TV couples who I think deserved better. In other words, I think these shows messed up and I don’t like it. Mostly because these couples weren’t the end game and I wanted very much them to be.

Disclaimer: I pretty much chose all the shows that have ended because that means there’s no way of redeeming these couples. Oh, and spoilers!

Honourable mentions: Brooke & Lucas in One Tree Hill, Rory and Logan in Gilmore Girls, Barney and Robin in How I Met Your Mother, Daenerys and Khal Drogo in Game of Thrones, Izzie and Denny in Grey’s Anatomy.

This one is a cancellation anger that makes its way in this list because I’m double mad. Santa Clarita Diet was cancelled before we got to see Abby’s and Eric’s relationship thrive. They had great chemistry and their coupling was hinted at but never got a chance. Plus, Netflix cancelled a great comedy show and it’s a crime really!

The couple who made me quit Grey’s Anatomy. They both died and well, that’s like a high level of “deserved better”. Grey’s Anatomy had a lot of couplings I loved that were killed off but this was just the final straw for me.

I hate it when shows kill off characters of actors who are exiting the show. Is it really so hard to think of a valid reason why they’ve moved on? Will didn’t deserve this, he made Alicia better, he made the show better. I’m still sad and annoyed.

Why do shows feel like not making a choice is better than picking between two fandoms? This is a theme here that’s common with a few picks, all vampire related. Anyway, Sookie and Eric were the best and they both deserved so much better.

I cannot even express how mad this makes me feel. Veronica Mars came back after the awful movie as a show and they killed off Logan. That’s right, that’s the way the show decided to go. Shame on you! Since I saw that as a spoiler I’m not even watching the revival. Veronica Mars ended for me when Veronica and Logan broke up.

5. ELENA & DAMON in The Vampire Diaries

Now I stopped watching The Vampire Diaries at some point. I know they killed off Elena but she then was able to come back? I’m not sure but I know Damon dies in the very end and that’s why they end up in this list. But in general, I think the show, as much as I’ve seen, didn’t handle this coupling as well as they should have in general. I guess their real life relationship played a part here?

Buffy ends up with Satan? in the end so instead of letting her pick either Spike or Angel, the show went in another direction. Granted, both Spike and Angel continued on with the spin-off but still. The fact that this was not the end game makes me angry. It’s even more angering to think that the people involved with the show also thought Angel should’ve been the end game.. like… what!?

Can we just all agree on the fact that we wanted Fleabag to end up with Hot Priest? Even though we were being respectful of the fact that Hot Priest stayed true to his core values by choosing God instead of following his lustful needs? Well, I mean, I respect the ending to some extent but I still don’t like it at all.

Now I’m yet again having to say that I didn’t finish the show but I did watch Peyton and Lucas drive into the sunset after getting married. Which was an awful thing to do because Peyton and Jake were the end game. End of story. One of the best couples of the entire series and I say this even as I’m a huge fan of Haley and Nathan!

Yes, I mentioned the Rory and Logan coupling in the honourable mentions but my OTP is of course Rory and Jess. I agree with their initial break-up before Logan. Heck, I even liked Logan but I expected the show runners to redeem themselves with the revival. Well, they fucked up royally and I can never forgive them. If you get a chance to make it right, you make it right. End of story. Or you at least end with a note of hope, not like they did with Rory and Jess. I read that the revival was rushed which showed but they should’ve at least made THIS right. Honestly, I have so many thoughts about it and you can read my very long rant here. As for now, let me be sad for a few hours.