There are some shows you watch just for the fun of it. Shows that you put on and leave on just because it has a some what nice view going on. It’s like background noise, which you can’t focus on too much. Otherwise all its flaws will surface and you’ll be annoyed with it. Tidelands is one of those shows.

Now, I’m not trying to be harsh when I say that Tidelands is a polished telenovela. It’s a little over the top, sometimes forgets to add context and just throws scenes at us with almost no build up. But it is a little more refined than those very typical shows I remember from growing up, where pushing somebody down the stairs happened more often than people actually walking down the stairs. Oh, the good old times.

But yet, those shows worked and those shows were very popular, because they had a lot going on and most male characters were good to look at. Tidelands appealed to me too, but since the second half of the first season focused less on half naked men and more on the drama, the show sort of lost me by its finale.

Our main character Cal (Charlotte Best) has just been released from prison after serving 10 years for murder. She is 24, she was convicted when she was 14. She returns back to her hometown, to her brother and estranged mother, only to find out she had inherited half her dead dad’s money – which is gone. Het brother, Augie (Aaron Jakubenko) is currently having troubles with his illegal business, which Tidelanders are supplying for. Tidelanders are half-sirens and half-humans, who live in a community near this town, where everyone seems to be aware of them. The queen of the Tidelanders is being suspicious and running her own game, which nobody is aware of.

Biggest downfall of the plot was the lack of insight into the half-sirens, who were the biggest draw of the series! Like their mythology, their upbringing, why and how they existed and so on. Hopefully, when season 2 comes along, this will be addressed more because I would want to know.

The first few episodes were really strong. The characters had a nice back story attached, the tension as built and the plot seemed to be progressing nicely. Then suddenly, when the first big twist of the show is revealed, the show starts to unravel. It’s almost as if when the big picture started to put itself together, all the small pieces, aka characters, became chaotic and inconsistent.

Here’s an example. One of my favourite characters, Dylan (Marco Pigossi), was such a promising bad guy in the beginning. He seemed like the perfect character to turn good guy in the end. The show did not take advantage of this but instead, they muddled up his story line completely. I was literally sighing with disappointment by the end of the finale because the dude was given so many bad scenes in a row. So much potential wasted. 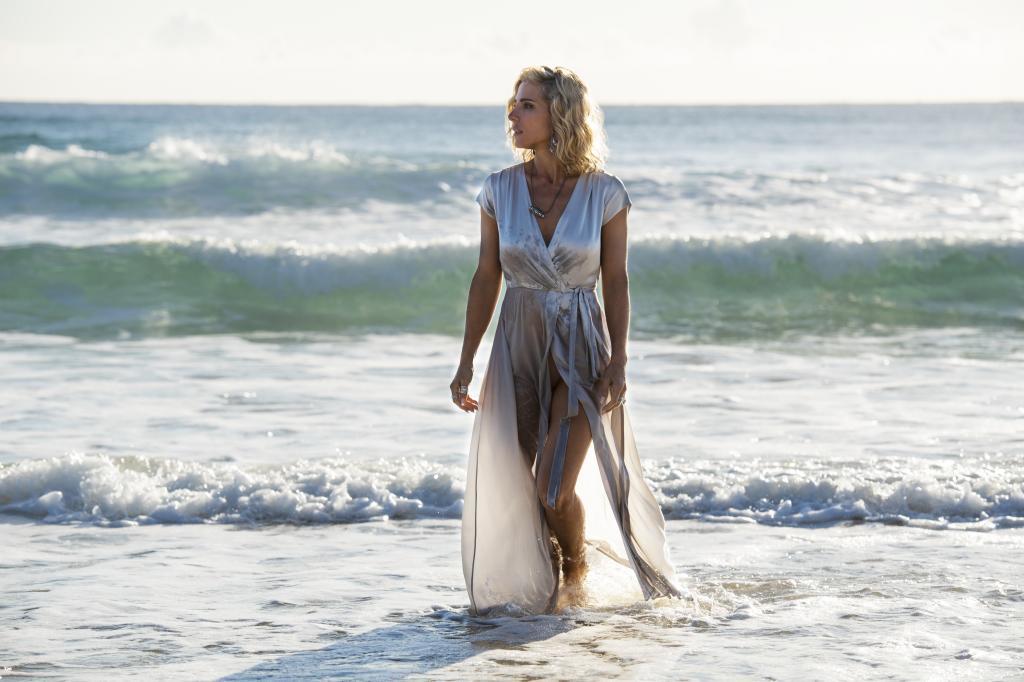 That brings me to the acting, which was not the strongest. There were some standouts, because most were weak. My favourite was Aaron Jakubenko as Augie (also how fun is his last name!), who was the only one, who didn’t end up pissing me off. And I did enjoy Charlotte Best on and off throughout the season. Her character’s makeup was so distracting in a bad way though. Partly because it was unbelievable how she could have been able to reapply that eyeliner all the time.

Biggest disappointment was Elsa Pataky as Adrielle. Man, she had so much to work with next to the other characters, and she was just so bland. And villains should not be bland, they should be fun and evil! Pataky was not fun. She just wasn’t really bringing it and it’s partly because of her acting that other character developments suffered.

Two choices here that I want to point out before my final thoughts. The directing was a little all over the place. With the characters running around from point A to B to C to D, the direction should have been on point. But it felt very flustered and some scenes literally felt amateur. Then again, the script was also weak, so it was really hard to build up from nothing. The scene where two characters end up together is preceded with the most ridiculous dialog I’ve heard in a long time. It makes no sense, the characters had no proper build up to it, and it felt so uncomfortable. At least I suffered through it for the nakedness.

The soundtrack was another thing that bugged me a little. I was not impressed by the use of lyrical songs what so ever. It’s not that they were not suitable, but it’s the fact that a score is a much more powerful way to evoke emotion these days. And with so many shows having original scores, the bar is set high.

Tidelands is not the best thing you could watch on Netflix, and I totally get if you will never watch it. But the fact that I haven’t seen many siren related shows out there, makes it stand out. The cliffhanger of season 1 also worked enough to spike my interest. Also, I do want to see if the show manages to take Dylan’s character anywhere good. Also, Augie deserves better.

Will this show end up in my list of best shows, probably not. Though if I’d be doing a list of bad ones this year (which I’m not sure about), I’ll probably mention it there. There were just too many mistakes in the second half of the show, and character developments were way too messed up. The sirens though, they are cool!