When I sat down to recommend movies for this theme, I was in a bit of a rough place. “Witness” is a really specific theme and well, I wanted to go out of my way and do a theme within a theme. So this week I’m recommending three movies, where women witness a murder. Two are mob related, and all three take on a fake identity. Eventually, I had so much fun with this week’s  witness theme! 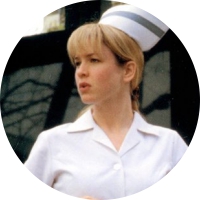 After her husbands illegal actions get him killed, and she witnesses the murder, Betty goes into fugue state. So basically, she takes on a whole new personality – for her, it’s a nurse from her favourite soap opera. Now, I remember seeing this ages ago, and it being completely nuts, but still fun. With hitmen trying to catch up with her, she pretending to be somebody she’s not, the movie had some moments. Is it the best thing ever? Nope. Is Renee Zellweger okay? Sure. But it’s still some good old fun. 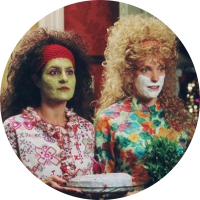 When I looked for movies to match this week’s theme I stumbled on Connie and Carla. I love this movie! I know it’s a bit crazy and again, nuts, but I only have fond memories of this. It’s about two best friends witnessing a mob hit. They end up going to LA and start pretending to be drag queens. As far as I remember, there are no actual drag queens playing the actual drag queen roles, which is a shame. But it has music, dancing, fun costumes and Nia Vardalos and Toni Collette – what more do you need? 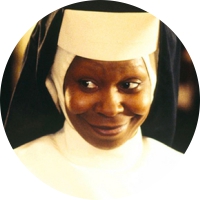 The holy grail of witnessing a mob hit movies! Sister Act is by far my favourite on this list and I’m not ashamed to admit this! I love it! I love the songs, I love the plot, I like the characters. I’m not religious but it doesn’t stop me from enjoying Sister Act. It’s one of those movies that when it’s on TV, you never turn off the TV. It’s also a nostalgic and absolutely wonderful! Besides, it’s one of the rare gems from the 90’s that I keep going back to every now and then. Whoopi Goldberg is great, Maggie Smith slays. Perfect. By the way, it also has a strong sequel, in my opinion.