Hello April, let’s do this! Here is the first post of Thursday Movie Picks and it’s a fun one! This is all about unrecognisable actor transformations and for once I know all three recommendations right away. I actually have a theme for this week too because why not!? 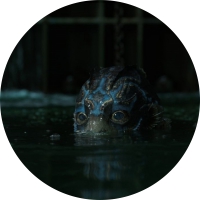 You might already have guessed my theme within a theme – it’s heavy make-up! And there’s one guy who comes to mind right away, Doug Jones. He is the guy who’s face you might not necessarily recognise, but his work is in a way, brilliant. Remember how Jim Carrey complained about his Grinch costume? Doug Jones is the guy who takes on a Grinch role almost every time. His work in The Shape of Water seems especially impressive considering the quality of CGI these days. Who would go through such a long process of putting on and taking off make up, if not a very dedicated actor. 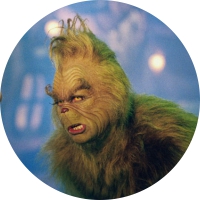 I can’t believe this movie is almost 20 years old… this makes me feel ancient. Anyway, like I just mentioned, Jim Carrey went through hours of make up for his role and he hated every moment of it. Which is weird, since he also did The Mask, but I guess he didn’t have to be all green all the time in that. Grinch was all body, a lot of hair, and a lot of padding! Carrey stuck it out, will probably never do a similar type role ever again, and the result is an unrecognisable Carrey. He does shine through though, which is just proof of how recognisable his style of acting is. It’s all movements and body angles but still, unrecognisable in a way. 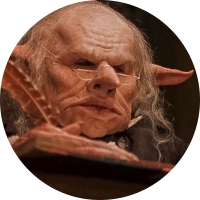 Last but not least, it’s time to praise Warwick Davis in .. almost everything? I’m not really specifying the films, nor any specific role, because the guy has done a lot of unrecognisable roles. He manages to play roles of different calibre and importance, and yet do it differently each time. Not to mention the make up, which, for instance, to Harry Potter is an overall nod. There are so many moments of amazing transformations in Harry Potter, but having Davis play 2 (almost 3) roles in one film – now that’s a true unrecognisable transformation times three. Amazing!