Film scores have such an important part in creating a mood and elevating the images on screen. Unfortunately I’m a very lousy movie lover when it comes to scores and I definitely don’t pay enough attention. Mostly because I’m more of a visual person than auditory. There are, despite my lack of awareness towards scores, a few that have stood out. These are three film scores that I have listened to from start to finish… more than once. 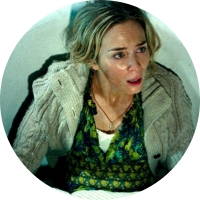 As I mentioned in my last decade’s favourite movies post, the horror genre has slowly crept its way into my heart. One of the special treats of the last decade was of course A Quiet Place, a predictable horror movie that still managed to wow me. It had John Krasinski and Emily Blunt playing the parents of three kids in a world where any sound could get them killed. Because of scary aliens. The movie was built around silence so the score had a very important part! I remember listening to this score for a few weeks after I saw the movie and it took me right back to the cinema. Beltrami who scored this also got a Golden Globe nomination and I can see why. To create a score for a movie that’s mostly silent sounds quite the task. He returns for the sequel as well. Anyway, here’s one of my favourites from the entire film score. 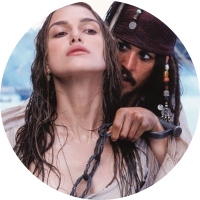 2. PIRATES OF THE CARIBBEAN: THE CURSE OF THE BLACK PEARL (2003) scored by Hans Zimmer

How in the world does Hans Zimmer only have one Oscar is beyond my understanding. The guy has been scoring left and right and his only Oscar is for The Lion King in 1995. Anyway, it’s no secret that Zimmer is a loved composer in the movie world and he especially loves to work with Nolan. Or the other way around. I didn’t go with a Nolan movie though, I went with Pirates of the Caribbean and more precisely, the first movie. The reason is mostly nostalgia because when this came out I fell in love with it. Every time I hear the score on the background or something, I get this urge to go on an adventure. I can’t explain it. One thing is for sure, Zimmer helped to create the world for this franchise and his music is a vital part of its identity. By the way, it was hard for me to pick just a single track so I picked three. Sorry! 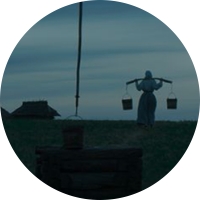 This should not come as a surprise because I just recently posted my favourite tracks from this movie. It’s an Estonian movie that was shortlisted for an international Oscar this year but didn’t make the cut for the actual nomination. At first I figured I should pick something else but this is the soundtrack I’ve been playing while writing this past few months so… It wouldn’t be fair not to mention it. Plus, I can’t think of any other Estonian movie that has such a score. There probably is but I just can’t think of any. Zilmer manages to create a very special vibe that is somehow very Estonian yet not exactly. It’s a strange combination of old and new. Melancholy and joy. I love it so much! Still among my favourites is the track titled Labour which I just can’t get out of my brain.