Alright, so before this morning I had a plan for this post but since time’s not my friend today, I’m keeping it simple. Here are my three recommendations that are movies, not based, but inspired by real life serial killers. Which is why Zodiac is not in this list because let’s be honest, that would be THE recommendation this week otherwise. 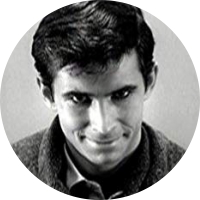 I’m actually thrilled to include this because I rarely include “older” films (and today I have 2). I have not seen the later version, which most likely is not as good as the original. So I’m okay with it. This is probably a movie that doesn’t need to be reminded either, it’s been retold and it has also been made into a TV-show as well. Which, by the way, I haven’t seen yet but I might soon. Anyway, the main character of Psycho is inspired by Ed Gein. One of the connections between the two was their obsession with their mother. So the movie explores that relationship, while not forgetting the fact that Gein was also a serial killer. If interested, I recommend checking out his Wikipedia page because there is a pretty gruesome list of things found in his house. 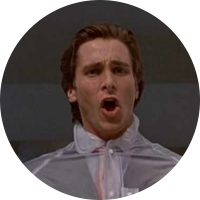 So I’ve read the book as well and man, this is one has a messed up character/plot. It’s also quite scary because the main character in the movie is based on Ted Bundy. The connection is not spot on but both men were extremely charismatic and both killed prostitutes. There seems to be a lot of Bundy based movies out there at the moment, including the one, where Zac Efron portrays the infamous serial killer. American Psycho tells a made up story but keeps the fundamentals, which still makes for a really disturbing film. Also, is this a good time to bring up the Netflix documentary about the tapes Ted Bundy recorded? Because again, please watch it, it’s entertaining and very interesting. Plus would make for a good watch before Efron’s movie drops. 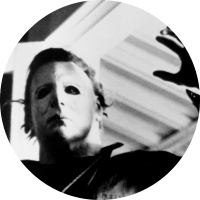 Before the 2018 Halloween film, I decided to watch the original. The movie wasn’t very appealing to me and I just didn’t care for the story. What I did look up was the fact that the main killer in Halloween is based on Edmund Kemper. The connection might be accidental but it’s all there, the fact that both killed family members at an early age, and stabbed (a lot of) strangers. Kemper is also a character in the Mindhunter series, where he is perfectly portrayed Cameron Britton. If I had to pick between the movie movie that is loosely based on Kemper, or the show where he is actually portrayed, I’d go with the show. Hugely due to the fact that Britton is just so amazing in that role, he really gives you the creeps every time he is on screen.