My first and only theme I suggested for this years’ Thursday Movie Picks will be about women seducing boys – the Mrs. Robinsons. There could be a few angles one could go with this theme, including the comedy route, but I’m sticking with drama. Also, I feel like it’s important to point out the irony of the Mrs. Robinsons theme – I feel very uninspired this week. And I have no idea why. So if this seems unedited, it’s because it is. (lol) 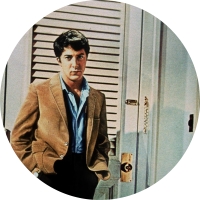 The movie that inspired the theme itself, The Graduate. I think I watched this right before this years’ Thursday Movie Picks was announced and suggestions were asked to be made. So, I went with Mrs. Robinson because that was fresh on my mind. Now, it’s been a while and I’ve not kept to my own promise to watch the movies that feature Mrs. Robinsons. One of which is The Reader that I’ve meant to watch for ages now! Anyway, The Graduate wasn’t the first to start the older woman younger man theme, but it sure did elevate it. Also, Dustin Hoffman, despite his age, always looks older than he actually is. 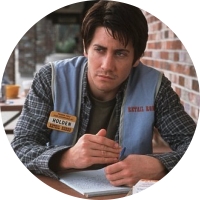 Isn’t this a nice throwback to the 90’s? With the voice over trailer and everything if you look it up on Youtube. Now, it’s a bit ironic that Jake Gyllenhaal plays a teen when his 22 but I guess it works. The Mrs. Robinson aspect of this movie is somewhat lost to me because Gyllenhaal and Aniston feel close to age. They are not, but for some reason, they feel like it. Despite it, I thought The Good Girl was an okay movie and fitting for this week’s theme. Also, babyface-Jake is always a great bonus! 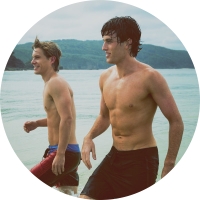 Now, many of you might dislike this movie but I happen to like Adore a lot. The complexity it has is not lost to me and the dynamic between two best friends, falling for each other’s sons… is just the right amount of messed up for me. The performances by Watts and Wright are great, and the boys don’t miss a step either. Is it a perfect film? No. But is it intriguing and fascinating from the perspective of the Mrs. Robinson complex, hell yes! So if you haven’t seen it yet, have a try, maybe you’ll be in the same boat as me. In a boat where we quite like Adore.

2
Tags: Across the Universe, The Good Girl, The Graduate, Thursday Movie Picks, TMP