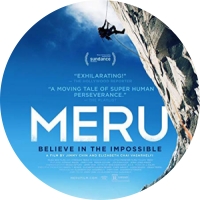 Meru is Jimmy Chin’s second documentary about three elite climbers as they (including Chin) climb Mount Meru, one of the most coveted prizes in the high stakes game of Himalayan big wall climbing. The climb that has seen the most attempts and failures then any route on Himalayan. It had not been done before Meru. And trust me, when you see the route wove its way up the mountain – you know it’s going to be a hell of a journey. Then add in some literally crazy factors, a recovery that will impress you and a friendship that will make you wonder. It’s maybe not as well shot as Chin’s latest documentary but the story itself is too fascinating to miss out on. 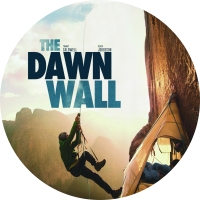 Again, if you’re even a little bit interested in climbing or even find the notion of it fascinating, The Dawn Fall is a great documentary. In an unbelievable story of two climbers free climbing the 3000ft Dawn Wall of El Capitan. So it’s basically a small portion of what you will witness in my next recommendation but a different route and style. It also takes them days to do it! But the way they do it, makes you realise, why the next recommendation is even crazier than it sounds. The Dawn Wall really helps to put climbing into perspective as well. Plus, there are some unbelievable stories of how these climbers are just superheroes in their own right. Get this, one of the guys, Tommy Caldwell, is missing his index finger! I kid you not, I got chills when I realised that he has achieved SO MUCH by having such a huge disadvantage in the climbing community. 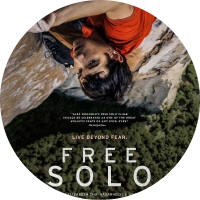 Now, not sure if you’ve already heard this but here comes another Free Solo fangirl speech. This documentary is amazing! It’s thrilling, absolutely fascinating and it captures the spirit and heartache of climbing perfectly. Jimmy Chin with Elizabeth Chai Vasarhelyi deliver a great balance of athleticism and emotion, and they deserved that Oscar win tremendously. Because, you have to realise this.. all the camera men, have to be climbers. Not only do they need to know about film making, they have to be professional climbers and that is a small margin of people. So, Free Solo is also a great achievement for documentary makers. But it’s Alex Honnold who makes this an experience worth your time. Alex tackling that wall, free soloing it, like a freaking crazy person or a god or a superhero or something – it’s a sight to behold. It’s like the great outdoors adventure no sane person will ever participate in.