The moment of accomplishment.. the moment of utter joy is upon me because this is the last Thursday Movie Post of 2019. It’s been an incredible year and well, I’ve made through with flying colours (except that one time I posted on Friday). In all honesty, if it weren’t for this feature I don’t think my blog would have had anything going for it. This was literally the thing that saved my blog in 2019. So I’m very happy to have been apart of this and I will continue to be as long as Wandering Through The Shelves keeps hosting this monumental challenge.

We close the year with another Television Edition and this time we’re looking at rivalry! And unlike last week (where I struggled like no other), I knew all these recommendations the moment I sat down. So let’s do this! 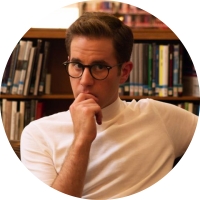 This year I watched a lot of Netflix because they kept bringing out new shows. The Politician was one of those shows and it was a pleasant surprise. Brad Falchuk, Ryan Murphy and Ian Brennan teamed up AGAIN and made television gold. It’s dark, it’s funny and it’s completely bonkers – just the right kind of snack for binging. And just when you think you have the show all figured out, they deliver a great plot twist for the second season to unravel. Do I need to explain the rivalry aspect in a show that has “politician” in its title? Probably not. It’s truly a good show, I loved it. Ben Platt was amazing (Golden Globe nominated, y’all!) and well, he also gets to sing and I don’t think I can ever listen to that song without crying. The Politician also has a strange balance between humour and drama, it makes you laugh (don’t get me wrong) but it also makes you want to cry your eyes out. And I like that. 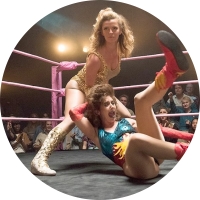 Honestly, at the moment (when I’m writing this post), I have yet to see the third season of Glow. And frankly, the first two were far from my favourite but I enjoyed them (I think). I didn’t end up raving about those though and I soon forgot about them. Yet I felt like since I’ve spent two seasons on it and will probably catch up with the third, I might as well recommend it. It’s about wrestling and the first season focuses heavily on the rivalry between the two main leads. It has, at least for me, a very unlikable main character portrayed by Alison Brie. She’s good in it but I just have a personal grudge towards her character. I love a lot of the supporting characters though, particularly one played by Chris Lowell so at least there’s that. 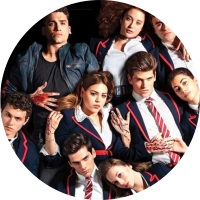 I was thinking of keeping Elite for the foreign TV show theme but I can’t hold out any longer. This is a Spanish show that I stumbled onto on Netflix and it’s amazing! There’s so much… happening that I can’t even describe this show with one sentence. The rivalry aspect is the obvious clash between the wealthy and the poor, the popular and the not so popular teens that have to manage in a school setting. But the show is so much more than that. There’s also murder! (And lots of sex). The second season stumbles a little in the beginning but the end just brought it home for me. I love the acting in it, I live for angry Spanish yelling these days and I can’t wait for season 3. This is why I love Netflix, it gives me shows I would otherwise never discover and trust me, I’ve ventured into so many non-English shows this year. By the way, in case you missed it, I also listed my favourite characters from the show here.