Usually I don’t struggle with Television Editions as much as I have this year. Not that the themes are bad, they are absolutely wonderful! But they simply fall into the category of me not having any experience with them. So, instead of bringing you three I have seen, I’m putting together a to-be-continued-list. Having seen most or majority of the original shows, I’m bringing out three revivals that I want to see. Despite me being extremely hesitant about revivals *cough* Gilmore Girls *cough* due to their ability to ruin everything. 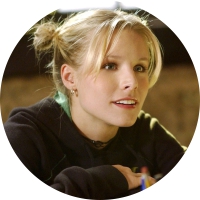 Now, I love Veronica Mars’ original run a lot! I think I have seen the first two seasons multiple times. Third one was a bit of a let down but I got over it. Then the awful 2014 movie happened. No offence but it was rushed and deserved a way better script that it got. Now the show has been revived and I’m not sure what to do. I rewatched the beginning of season 1 recently and realised I still love this show. It has its place in my withering heart. But is the revival going to ruin the magic of Veronica Mars? That is always and forever the biggest rival for these revivals. 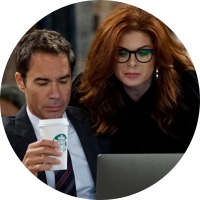 I remember Will & Grace from my teen years but I was never really watching it. So I started a long process of watching the show from beginning to the very end, revival and all. I’m on season 7 at the moment, taking a long break but basically just two seasons behind of the revivals. Anyway, I have heard great things about this particular revival. It will come to an end next year, which is bitter sweet but I’m guessing necessary. Revivals are something like a unicorns in my eyes. They come, shine bright, and go as mysteriously as they arrived. Sometimes they shine but mostly the don’t. They just simply aren’t as bright as the first time around. 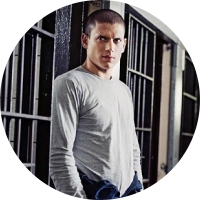 Not going to lie, I really want to revisit Prison Break every time I see it mentioned somewhere. That first season, albeit a bit over the top, was amazing! I remember watching it with my parents and that, on its own, is a rare occasion. The show had a lot going for it but then, well, as many shows do, it crash landed. It happens, it’s accepted, not all shows can carry on a great plot throughout the following seasons. Anyway, apparently they brought it back for one last season in 2017. Honestly, I want to see it but I don’t know when. Again, it didn’t go over that well so I mean, are revivals ever going to break the curse? Probably not.