Have been waiting for this a whole year, because I actually prepared for this post. In other words, I watched two non-English shows for this and I loved both shows! And yes, I said two, so the third one is going to be a surprise – even for me. 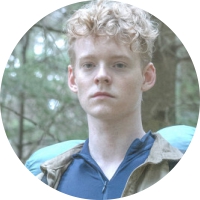 This Danish show ended up in my watchlist thanks to, surprise, Netflix. It was about this mysterious virus that kills most of the population through rain. The characters are interesting, it has thrills and as far as I can remember, the cliffhanger was pretty good too. There is a huge time jump in the show as well, so don’t worry, the kids you see in the beginning, won’t stay kids. What does worry me is the apocalyptic feel of the show, which sometimes is dragged out way too long. But if the show keeps it simple, 2 to 3 seasons maximum, I feel like this would work. I’m definitely going to see the second season as well. 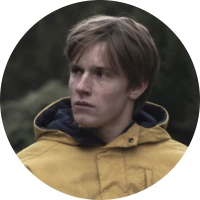 Around the same time I watched The Rain, I discovered Dark! Now this one is my jam! Mysterious, interesting, well acted and so fascinating. It’s the show I’ll watch again before its second season comes out. I’m that eager to read those subtitles again. And if you know me, you know I freaking hate subtitles. I can’t tell you much about the plot because if you haven’t seen it, I don’t want to spoil anything. I feel like anything could be a spoiler. Oh, in case you were wondering, yes, it has an awesome twist! Even if you see it coming, the execution will leave you smiling. 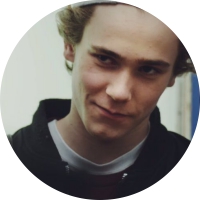 I knew this list was coming so I tried to watch at least one more foreign show. Didn’t manage to, but I feel like if I had the time, I would have. Tried a few and I did watch a lot of youtube clips of particular international web show called Skam (Norway, France, Italy). Basically, it’s Norway who came up with the idea, and broke viewership records without any promotion. It was huge! It even was remade in America, but I’m sure it’s not as good. I watched all three countries I mentioned. A lot of the clips at least, but there are more versions. Needles to say, my interest was towards a certain pairing in each one of the versions. So, if you haven’t seen any yet, I mean, have a look. Because it’s a good example on how it doesn’t take a lot to make a hugely popular show.