Searching for this topic made me realise I’ve really missed out on good gangster themed shows. So instead of listing recommendations of shows I have seen I’m compiling a shame list. These are three shows that heavily feature gangsters but I haven’t seen yet. I say yet because I do plan to see them some day… who knows when, but it’s going to happen, I promise. 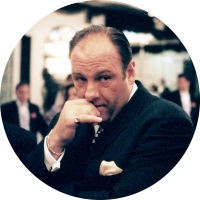 Yes, I know, shame on me! I have not watched a single episode of this 6 season masterpiece. Believe me, I’m very embarrassed to admit it. The Sopranos is probably THE show to see when one is interested in gangsters and is looking for good quality TV. I haven’t gotten the urge to see it yet, which like I said, makes me feel very embarrassed. But with shows like this, it takes me a while to get myself hyped for them. Even though I know they are good, I want to be in a certain mood and that mood is rare. I still haven’t finished Sons of Anarchy for said reason. Dark, heavy and serious – I’m not often in a mindset where I can handle all that. So if anyone feels like I’m insulting them by not having seen The Sopranos, please tell me so in the comments and I’ll try to prioritise this in the upcoming future. 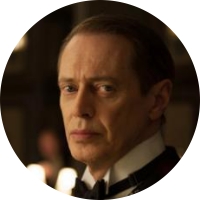 Only heard positive things about Boardwalk Empire but since it has a historic setting, girl hasn’t seen a single episode. It’ll become a theme in this list. Ironically, again, a great show about gangsters, and I haven’t had the mood to watch it. That tells you two things. One, I’m bad with gangster shows. Two, I don’t watch historic series easily. Even if they are Golden Globe winners, it takes a lot more for me to invest my time in them. Which is a shame, I know it’s quality TV, I just… I haven’t gotten to it yet. 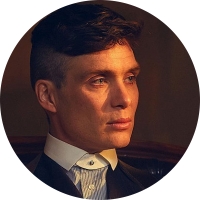 Do I sound like a broken gramophone  already? Well, get ready for the same old tune because guess what? I have not seen a single episode of Peaky Blinders either. And again, it has two elements I’m most hesitant about when it comes to TV – historic fiction and gangsters. It also has Cillian Murphy but he’s the reason I would want to see it. Am I afraid it will be boring? No, definitely not! Yet, it’s like a TV curse that has been set upon me. I’m slightly allergic to things that rip me out of my comfort zone and gangster/historic television shows happen to be way out of my comfort zone. So, wasn’t this week’s list interesting? Sorry guys to disappoint you in such a way but at least I’m not afraid to admit my shameful ways.