Fantasy! I love fantasy in book form and I’m quite fond of it on television too. So this week’s list is a joy to compile, even though it’s tricky to differentiate fantasy from sci-fi these days. There is a lot of overlap between the fantasy and science-fiction, and sometimes, I can’t even tell the difference. But, for the purpose of this post, I will keep it in a form of creatures! Fantastic creatures such as dragons, sirens, ghosts etc. I will try to keep away from vampires, because that’s the easy way out. So here we go. Fantasy without the science! 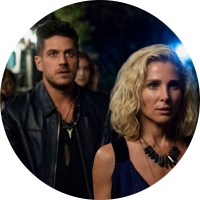 Let me be honest, this is not a perfect show. It’s not even a good show, it’s simply entertaining. I wrote a review on it a while back and well, if you are interested, you can check it out here. One of the things I did like about it was that it had sirens! I had no idea that I would find them so fascinating. Now I have my eye on another show Siren and the reason is obvious. Anyway, Tidelands was okay. It has some amazing scenes, a lot of Australian accent and half naked men. I mean, for a rainy fall afternoon, when you’re sick or something, this isn’t half bad. 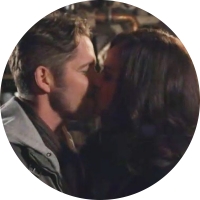 I never finished this show but the first few seasons were great. This has ton of fantasy elements like magic and dragons! Actually, I think it had more but this is all I can remember now. While I did enjoy it throughout those seasons I watched it, and the fantasy was lovely, there were some things that started to rub me the wrong way. Then again, I know this show has a lot of fans, so I still like it for bringing fairy tales to life. Still mad about that Captain Hook thing, I think that’s where I stopped and now I don’t know what happened. 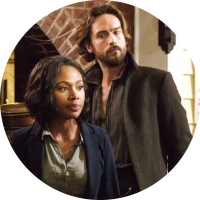 Again, I’ve seen maybe 1,5 seasons but what I remember was fun! Just your typical supernatural type creatures and also a resurrected main character. Based on a legend that is filled with mystery. While I hardly remember the plot, I remember the feel of the show and that’s good enough for me. While these types of fantasy shows have a habit of being forgotten, they are also a good way to pass time and enjoy yourself.