We are back in action this week with television recommendations. The theme is a difficult one because while dystopian and apocalyptic shows are very popular, they are actually hard to pull off. Here I have a list of three dystopian shows that I think do a pretty good job balancing it all. I tried to go obviously dystopian rather than keep it light. 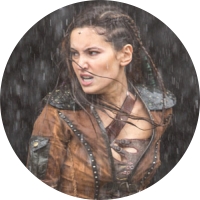 Cheating a little with this one because I actually haven’t seen the second season yet BUT it’s still a good show. I say this because these far into the future dystopian shows are rarer than you think. Especially the ones that mix fantasy into the plot after the events in the present time. I love that but I have a hard time finding a lot of it. The Shannara Chronicles is a little problematic: the books have been accused of ripping off The Lord of the Rings a lot (probably true too). But the show still has some redeeming qualities. Is it amazing? No. Is it entertaining? Yes. 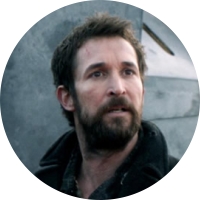 Aliens have been done so many times but I like Falling Skies because they do them almost right. The show follows the human race after the aliens invade them and there’s a lot of warfare going around. Falling Skies follows one family man played by Noah Wyle trying to keep his three sons alive. There is a newly made “government”, there are rescue missions and there are inevitable bad guys thrown into the mix. It’s like The Walking Dead but with aliens instead, and the aliens have huge robots. I haven’t finished the show yet because it does become a bit tiresome during the 4th season but it’s solid up until the end of season 2. 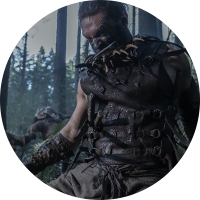 Now, yes, the show hasn’t even finished its first season yet but everyone needs to watch this! And not just because of Jason Momoa! This show is a look far into the future where humans have lost their sight and are still surviving. It’s a little strange at times but it’s beautiful, there are some amazing action sequences and well, even if the acting is a little flimsy at times, Momoa delivers in every scene. I like how the “blindness” is integrated to the show, the humans have been unable to see for generations by then and it’s obvious they are used to it. Some small moments do look a little strange, like when characters are talking the interaction seems a bit staged but like.. that’s just nitpicking!