This week’s theme is again quite wide in terms of the possibilities. So, like always, I’ve decided to pick a theme within a theme and go with family. But not your typical crime family type crime shows with mob factors but unlikely criminals that drag their family, against their own better judgment, into huge messes. This week’s picks are three very different shows, but all have quite a lot in common as well. 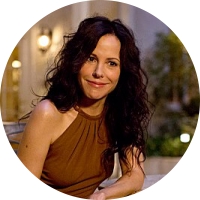 The first pick I’d like to mention is a comedy-esque show of a mom, who starts a weed empire. It’s amazing, it was one of the most entertaining shows we had for a while and I absolutely loved it. The characters were interesting, the storylines fun and quirky and of course, there was a lot of crime activity going on. It’s been years since I saw Weeds, and even thought about it, but if I’m being completely honest, it’s damn good TV. Just the right balance of everything weird and strange, plus an unlikely criminal. 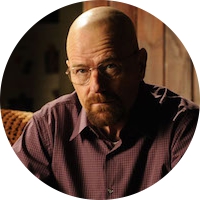 If one’s talking about unlikely criminals, then I think Walter White is your go to guy. A former chemistry teachers turned into a meth cooking madman. Breaking Bad has a slow and steady first season that sets the whole show up nicely. Then things start to pick up and there’s some brilliant and amazing television for the entire series worth. From complicated anti-hero characters, to annoying wives, to some creepy criminals. From amazing acting from start to finish, from main characters to supporting characters. Not to mention the level of sophisticated writing it brings on the table. It’s the kind of show that will be remembered for years and years, and once you see it, that makes complete sense. 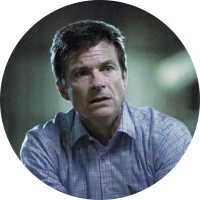 Another family that turns to crime, this time the father deals with laundering money for a drug cartel. I mean, this is brilliant! Especially since the acting is superb, and there are so many characters you want to see on the screen on the regular. The show doesn’t shy away from strong decisions and it does have some brilliant writing as well. While the second season really suffered compared to the first one, I’m still excited to see where this family, in the middle of some serious trouble, will continue on. At this point, anything could happen. And everything probably will happen.