Last year I watched more shows than previous years because I stopped reading as much. This year is seemingly going the same route and honestly, I’m not very sad about this. Television shows have become so good and more big name talents are going to do television. In other words, picking three 2019 freshmen shows was not an easy task. There were many good choices among the freshmen and I’m struggling to find a coherent theme… until I found one. The freshmen shows I’ll recommend  are all non-Netflix shows. 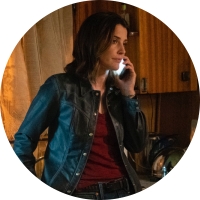 This ABC show has been flying pretty much under the radar I feel like and I don’t necessarily see the reason why. It’s a show about a private investigator (Cobie Smulders) and various cases. It’s based on a comic book and Smulders plays a bi-sexual war veteran with PTSD and she’s in ways a pretty unlikable P.I. I love her! Jake Johnson and Michael Eely are also on this show and I’m a fan of both. The show is weekly, so I sometimes forget about it but it’s always a nice chill evening when I watch it. Shame this show comes from such a male-oriented view point though. Comic book written by a white male, same man created the show and only 3 out of 15 writers and 4 out of 9 directors are female. I mean.. I’m bringing this up because a show that has a female lead, it felt important to mention where it came from. 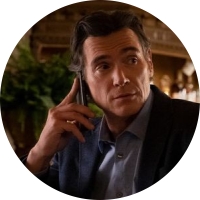 While Apple TV did bring out two noteworthy shows I wanted to talk about The Morning Show because it didn’t deserve the criticism it got in the beginning. You see, critics were quick to jump into the bandwagon of hitting this show with negative feedback for the first two episodes. The mistake here was to review it before it was fully available. One critic even apologised for the initial response because as they noted, the show started to hit its stride in episode 4. Is it a bad thing that it took so long to gain momentum? Not really. It was in a way a story progression choice and it will make sense eventually. Episode 8 I believe it was when I really believed in that The Morning Show was doing. All the bigger names aside, Gugu Mbatha-Raw is brilliant and my favourite is Billy Crudup’s character. 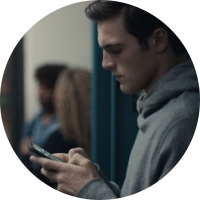 It’s probably no surprise that one of my favourite shows of last year was HBO’s Euphoria. It was a wild trip that had so much weird and bad shit happening that I was at times afraid of this show. There’s so much rawness which is actually surprising for a show that’s made in US. Then again, it’s HBO so it’s not that surprising I guess. Euphoria is very diverse and heavy. It’s dark, depressing and violent. It’s what I hope is not the reflection of teenagers nowadays but more the extreme version of them. Sure, there are teens going through these things everywhere. But I meant in a sense that it’s highly unlikely for a small group of teens to just have such a messed up life. At least that’s my hope. While I love many story lines, Jacob Elordi’s performance as Nate is eerie, horrifying and with its horrors – perfect. Oh and the show has great cinematography and makeup.