This year’s first Television Edition theme is all about those new shows that came out in 2018. Without actually going crazy and talking about my favourite among the last year’s freshmen, Bodyguard, I’m going with a theme within a theme! You guys seems to love these so let’s make it a bit more interesting this time around. I’m not going to tell you what the theme is, and I’ll let you tell me in the comments, what all three of my picks have in common. 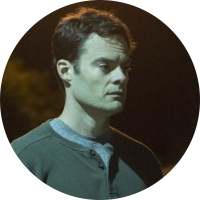 With my participation in the LAMBcast’s episode where we discussed our favourite shows of 2018, Barry was mentioned. So, since I had time during that same evening, I binge watched it in one sitting. It was amazing. It was so dark and gritty and Bill Hader has the best poker face in the business. The only thing I have with this show is that it is easy to forget it. I’m actually starting to vaguely remember it, and honestly, the only character that is still fresh in my mind is Hank (Anthony Carrigan). Who, through brilliant a as acting as well as writing, managed to steal all of his scenes with ease. 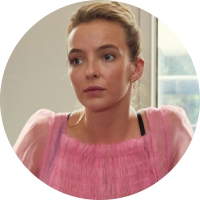 Now, Killing Eve was also mentioned during said podcast episode but I myself didn’t mention it. Not because it’s bad, it’s quite good but it’s also one of those, seen it, can’t really remember it shows. Which I’m sorry about because I really did like watching it, that much I remember. What I also recall is that Sandra Oh was wonderful but that Jodie Comer was even better. I’m actually disappointed that Oh is getting all the award attention, while Comer was easily carrying a lot of the wow scenes. If not for Comer’s deadpan delivery, I don’t think this show would have worked as well. Oh, and the fashion, amazing! Too bad I hardly remember it… 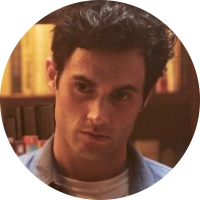 This one was more of a “everyone is talking about it, I better check out what the fuzz is about” type show. I ended up binging it all and actually enjoyed it. It’s not a great show, it’s hardly a good one because it makes so many mistakes. But it’s oddly different and satisfying – it’s so bad that it’s good! You know, that kind of a thriller where you think you know the outcome, and yet, you are so off the mark, because they throw crazy at you. Plus, it was sort of nice to yell at Penn Badgley’s character for being an idiot most of the time. He was a wreck, a mess – the kind of character who just gets under your skin. But hey, if it weren’t for that gimmick, I don’t think You would have become such a hit. So, surprise, it’s not that good but damn it, I’m watching the second season!