So last week, I fucked up! In other words, I messed up my weeks and thought last week was the last Thursday of February. Well, it was not. So if you want to read THIS week’s recommendations, go HERE. This is just what was supposed to happen last week. Inspired by my own fuck up, the list is compiled of three real-life married couples, who were together but now they’re not. 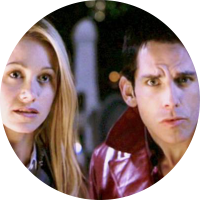 It’s not a movie for everyone but hey, if you want to watch something brainless, go for Zoolander! Starring Ben Stiller and Christine Taylor, married since 2000, the couple made Zoolander and now this year they have filed for divorce. To be honest, out of all the three I list here, this one I had to search for. I just didn’t realise a) they were a married couple, b) or they were getting a divorce. I know it might sound rude, probably to Arrested Development fans, but I have no idea who she is, so that’s probably the reason why. 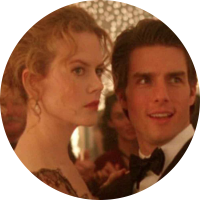 I have no idea where else I could recommend Eyes Wide Shut. It’s like one of those movies that sort of doesn’t fit any category or theme, and yet is has everything. It also has then married Tom Cruise and Nicole Kidman, who are now of course divorced. It’s one of those films where I was actually impressed by Cruise’s acting, and Nicole is always on point! She’s also so stunning in this film! The movie is Stanley Kubrick’s last and I remember it being very confusing at times, but visually interesting. The conversation they have, while high, was the stand out scene for me. 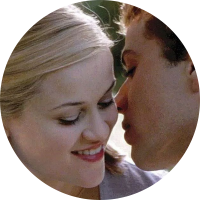 Another entry from 1999, this time a little less confusing but definitely not your typical teen drama. The film features Reese Witherspoon and Ryan Phillippe, who were already together by that time. They were married the same year when the movie came out, which is why it counts. They also divorced a while back and it’s nothing of a surprise to any of you. Anyway, I just recently started rewatching Buffy so I thought it would be nice to include a Sarah Michelle Gellar film in the mix, even though she has nothing to do with the theme. And should now be called Sarah Michelle Prinze.