This year Thursday Movie Picks has a cool theme running through – the seven deadly sins! We look at the well known sins and we recommend movies like always. It’s going to be so much fun to see how people interpret these sins and I’m for one am thrilled for the first one: lust! I’m interpreting lust as cheating and by using my stretched out imagination, I managed to find three Scarlett Johansson movies to recommend this week. In other words, this is a theme within a theme week where ScarJo is the deadly sin of lust. 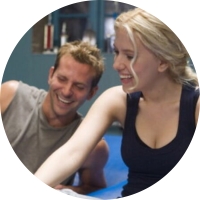 The movie follows multiple story lines where one is about Bradley Cooper’s character falling for Scarlett Johansson’s character. He is married and I think she knows this. Anyway, they have a blossoming friendship in the beginning that is clearly more than that. Finally they give into their lust feelings and bang – affair! They continue this for while, she hopes he will leave his wife, he of course won’t. Honestly, I quite like this movie as a whole and some of its story lines are good as their own movies. Cooper, Johansson and Connelly (the wife!) are all solid but in this trio Connelly stands out by a mile. 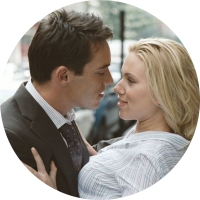 Let’s not think about who made this movie because I just want to mention it and get it out of the way. Match Point is also about a married couple and Johansson becoming the mistress. Here we have Jonathan Rhys Meyers playing a former tennis player, married to Emily Mortimer’s character, and him lusting for Johansson. I think this goes on for a bit before they give in and he finally seduces her. What a douche. Anyway, the only scene of the movie I remember well is when they have sex on that field while it’s raining. I honestly think that’s the most memorable thing about the movie in addition to the cheating. I really dislike cheating y’all. 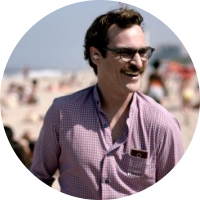 Last but not least probably the best pick of this week is Her. A sci-fi movie about an electronic companion, voiced by Johansson, that the main character played by Joaquin Phoenix falls for. It’s a look into human relationships and fake relationships. The relationship between a man and an object, an AI. The movie ends with a heart breaking realisation by Phoenix’s character that she, Johansson, has been talking to other people as well. In his eyes, she was cheating on him which makes him feel like crap. He thought he was special. Anyway, amazing visuals and the concept of this movie is treated well.