We are back to our non-horror related themes and first up it’s scientists! I could think of no better topic for this week because this I can very well connect to sci-fi and well, sci-fi has all kinds of scientists, right!? I mean, I don’t even have to think of a theme within a theme for long because here it is – space scientists. Came up with that in the time it took me to write this intro. 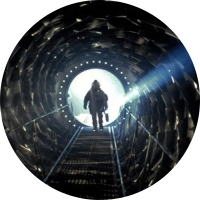 How cool it is that I can put my podcasting experience to good use. A few weeks back I visited The LAMBcast and we talked about this very movie. Granted, I did very little talking because I’m incapable of podcasting without saying “does that make sense” after every rant I have. It’s a gift. Anyway, space scientist in this is played by Sam Neil who is called a doctor but hear me out. He designs the space ship that is able to time travel…. so not a medical doctor but a scientist. Anyway, he turns out to be “quite” the scientist indeed. Fun movie, was better than I thought after I heard some behind the scenes stuff about the problems Event Horizon was faced with. 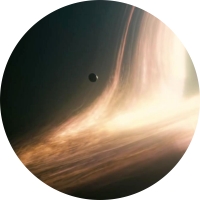 Don’t hate me but this movie was so confusing to me that I ended up not liking it. I think it was a very ambitious one to tackle and well, it’s likely I have to give it another try soon. Anyway, I’m mentioning it because Anne Hathaways’ character is a scientist… in space. If you asked me what she did there, I would have no idea. I remember something about Earth  dying, Matt Damon was somewhere and they time traveled.  The rest is a constant blur of cool visuals and CGI stuff. Though, like I said, I think I watched it at a very wrong time. This movie definitely demands more time and more effort which I thought I didn’t need to have. So, revisiting it soon-ish. 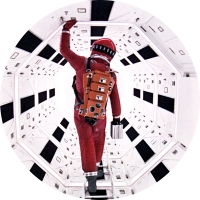 The more I think about this movie, the more I find myself liking it. Which is of course obvious for many reasons but for me it’s strange. You see, I was a bit hesitant to watch in the first place. Having not seen it, being a novice with the classics, one just doesn’t jump into classics and feel like home. Turns out, it takes time to get used to and well, I’m starting to love 2001: A Space Odyssey more and more as time passes by. Probably because I now notice how many or almost all sci-fi movies are referring back to it. It’s the foundation for science-fiction movies and that’s awesome. Anyway, the movie is about two mission pilots and scientists and one computer… and the rest is movie history.