First post on Mettel Ray written by a thirty year old me… wooooohooo! I wanted to do a special post for my actual birthday, which was on Tuesday, but that didn’t happen. So now you’ll get a special post on Saturday, but today is Thursday time. And on Thursdays, we recommend movies, and since it’s Valentine’s Day – it’s also romance time! But if you’re anything like me, romance is the last thing you want to think about during Valentine’s Day. So here are three romantic comedies that are so bad you should steer away from them. Oh, and they all have a Chris. 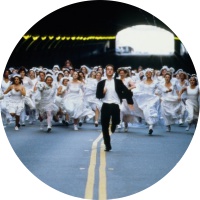 I remember really liking this as a kid but I can definitely say that I wouldn’t like it now. It’s about a guy, played by Chris O’Donnell, who will inherit 100 million dollars… if he is married. The problem is, he is your typical bachelor, who wouldn’t want to commit to anyone really. And then there’s the fact that everyone says “no” to his proposal, but he is too afraid to ask the woman he really wants to marry. Queue a bad romance angle (it’s all about the money yo) and hundreds of brides chasing after a single man – and you’ve got yourself a bad rom-com. 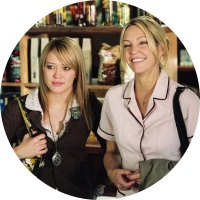 I was a huge Hilary Duff fan way back when and I literally watched all her movies. Most of them are still fresh in my mind and pretty much all of them are really bad. The Perfect Man is no exception. It is about Duff’s character finding the perfect man for her unlucky-in-love mother. I remember it being extremely awkward and weird at times, plus Duff always feels uncomfortable on screen. It has Chris North in it, and he was quite the guy thanks to his Sex and the City character, but he doesn’t really do anything for me. So really, this one doesn’t have a lot of good things going for it. None at all really. 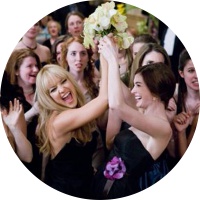 What I assume was a good idea, turned out to be a very bad movie about two best friends fighting each other. Kate Hudson and Oscar winner Anne Hathaway are in it… which would sort of say, this one is good, but means the exact opposite. It’s like their friendship couldn’t handle the pressure and they had to go crazy against each other. Lame and bad, but I guess if you hate Valentine’s Day, it’s nice to watch a movie about two weddings being ruined. It also has Chris Pratt in it, which is another reason to hate watch it or just simply steer away from like I recommend. So really, look at this entire list, and don’t ever remember any of these movies. Just like I’ll try to forget that I’m always single on Valentine’s Day.