Another Thursday is upon us and this week I’m recommending movies that revolve around revenge. It also just happens that all these movies feature female characters revenging men in one way or the other. One is a bit more fun but the other two are pretty revengy. 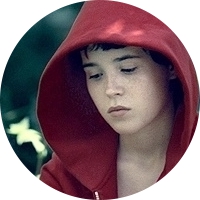 This is a movie that I’ve seen only once, but I remember watching it and feeling exhilarated. This movie is simple and yet, f*cking scary! Ellen Page takes on a heavy role where she seeks revenge on Patrick Wilson’s character. He happens to be a bad guy, and she takes the law in her own hands. This by no means is an easy film to watch but man, it’s a good one. Page slays the role of an avenging female, and Wilson is just as good. So if you haven’t seen this one yet, I recommend it highly. 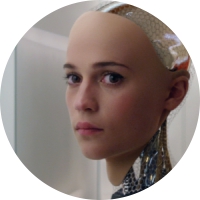 I picked Ex Machina for this week’s theme because it reflects the revenge of machines. Sure, it’s hard to draw the line between machine and human in this film, but that’s what makes it good. This is also one of the few roles where I actually liked Alicia Vikander. She is believable and doesn’t emote as much as humans, which makes her a believable AI. Also, the movie looks stunning with bold visuals, Oscar Isaac shows some great dance moves and the ending is freaking frightening. 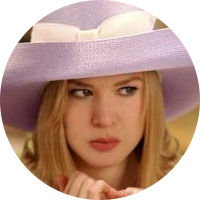 Making this list a bit lighter with a rom-com musical! Renee Zellweger’s ambitious character seeks sort of revenge on Ewan McGregor’s character. It’s amazing! It has a great visual vibe, funny editing and fabulous performances by two great actors. Oh and the songs, the costumes, the hair, the fashion –  I love it all. So when I saw this theme, I knew I was going to recommend Down With Love, because it’s a perfect fit for this week! The revenge part of the film ends up being not as gruesome as my other two picks so it’s a great and colourful balance to this list!