Another week of me trying to figure out my recommendations before giving up. You see, for me these very specific themes always are the hardest because I really haven’t seen that many films. With my no-double-recommendations rule as well, it sometimes sort of narrows me to a very tight squeeze. Like this week with the private eye theme. Anyway, that is the reason today’s post is like an uphill journey. Starts with the bad, ends with the good. 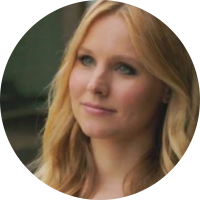 Now, let me make this clear, the Veronica Mars series is pure gold! Favourite since my teenage years and I have only fond memories of it. Veronica works her own investigations after having learned from her private eye father. The show is filled with fantastic high school mystery cases. Also, a great relationship in the midst of all that drama! The BEST! The film is less fun. It feels rushed and messy, a bit small-budget too which would be fine in a television show setting. But the film tries to be a movie, struggles with its screen time and falls short. Still love Veronica Mars as a character though. Also, I’m team Logan in case anyone wonders. 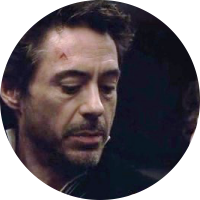 Again a little bit disappointed at this film. For me, it’s the start of Guy Ritchie’s downfall. A film that tries to be something great, but is average. Sure, it’s fun, the bromance between Downey Jr. and Law is absolutely amazing! But there’s just not enough in this film. It needed to be a little bit more memorable, which I guess it might have been for some. Just not for me. There’s also something disappointing about Ritchie loosing his special something. To using a lot of CGI. Wasn’t excited for it then, not excited for it now either. Now will somebody please remind me what the plot of this one was? Cause honestly, I can’t remember AT ALL! 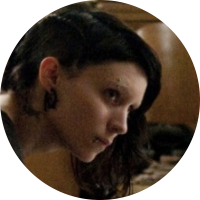 Finally, the one that’s the best of the list. While the first viewing of The Girl With the Dragon Tattoo by Fincher wasn’t my favourite, it grew on me. After multiple viewings, I was starting to appreciate its entire package! The style, the script, the cinematography, the acting – it’s one of Fincher’s finest. I wish they had instead made a sequel to this rather than remaking it again. With Foy? Why? I mean, not the biggest Rooney Mara fan but she was born to play Lisbeth Salander. Plus, do you remember the promotional shoots? The poster? Hot stuff.