With a theme that has so much variety, it’s so great to add another theme within. This week I thought about parenthood’s difficulties and the hardships of having a child. Or, in other ways, having a child and then loosing them. Because I thought about the fact that once you become a parent, you never loose that part of yourself. Even if the worlds rips it away from you. 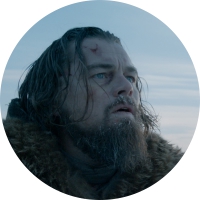 Movie that will forever be remembered by a bear fight that brought Leo the long awaited Oscar. I’m listing it this week because most of Leo’s character development, so to speak, takes place after his child is murdered. He himself is left to dead but he manages to survive. Is it the strength of the father or the need for revenge? Maybe a little bit of both. It is a dark film with great performances, but I’m not sure I’ll ever be able to watch it again. It’s somehow too sad, too depressing and a bit too heavy for my taste. But it sure showcases how parenthood is something that’ll forever remain as a part of you. 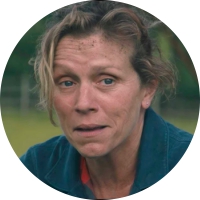 Again, a movie that delivered a well deserved, and way too long awaited Oscar. This time it was for Sam Rockwell for playing a racist jerk, who works his way towards redemption. But it is not his passion for revenge that fuels this movie. It’s Frances McDorman’s need to avenge her raped and killed daughter – an underlining horror for this dark comedy. This film is another example of how a parent’s strength doesn’t die with their child. It never diminishes, it always fuels. Whether it is a fuel that ignites hate or love, it always seeks something. As if the void of being a parent needs to be filled. 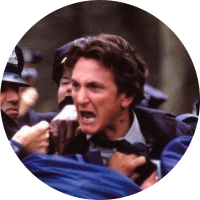 I swear I didn’t plan this but it just happened. Mystic River represents another horrible death of a child, and not just one but two first time Oscar winners. We got Sean Penn delivering a haunting performance of a father, who’s daughter is killed. The scene where the police find his daughter is so vivid in my mind, years after seeing it, that it’s no surprise he won his first Oscar for Mystic River. Tim Robbins also won his only Oscar for playing a complicated character. That being said, it’s the undeniable scream of utter pain that represents parenthood’s most harrowing aspects. It could be only described by being the sheer opposite of the joyful moment your child is born.