We are back again with the non-English language movies which is a yearly theme. I started to participate in TMP and I struggled with this theme. I’ve gotten so much better over the years though. I’ve watched more non-English movies and shows these past few years and it’s actually easier to pick. That being said, my movie watching has taken a huge dive into almost nothing this past year so I simply don’t have a lot to choose from in the first place. Regardless I tried my best and thanks to my local film festival I actually managed to see a few non-English movies.

This Danish movie is a wild ride about drinking. It’s quite a strange gem among European movies and if you consider yourself a Mads Mikkelsen fan you should definitely watch it. You might end up loving it but you’ll might end up liking it just like I did. I wasn’t fully in love with Another Round but I definitely enjoyed the ride.

This is a Turkish movie that was filmed in the slums. I had the pleasure to interview the director and the main actors for my job so this movie holds a special place in my heart. The movie isn’t your Hollywood type gem but it’s a very decent love story mixed with music and drugs. Definitely take a look if you can find a way. 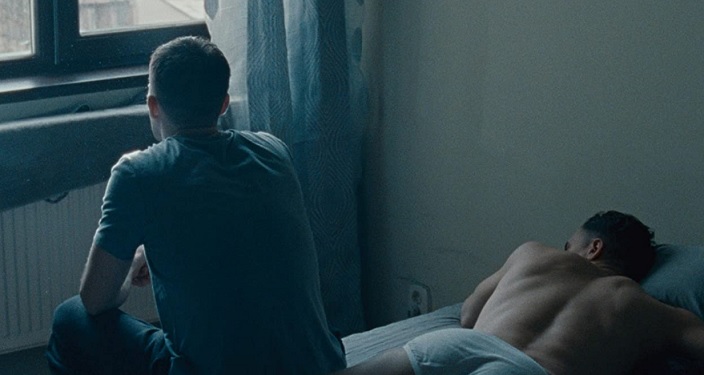 This is a Romanian movie about a gay cop who gets into a difficult situation. The movie starts off super strong, the first half has some compelling moments and there are some visually stunning shots. Then the movie loses its footing and crumbles. There’s also not much to tell about the ending, it feels too unfinished and raw. But I do must say that these kind of movies, gay movies, are not easily made in countries such as Romania. Jebeleanu, who is considered to be the only openly gay director in Romania, wanted the film to be the Romaniavon heute shows, specifically a protest in Bucharest in 2013 when conservative groups interrupted the showing of an LGBT film in a cinema. So while flawed, the intention of the movie remains pure.