Every year I fear this theme because I’m bad with foreign movies. When I see this theme looming, I think to myself, I’ll watch some non-English language movies and get an excellent recommendation list together. Well, this is not the case this time around and I have to list a non-English movie that I was not a fan of. Then again, the other two picks I list here are actually quite good. That being said, the pick I’m not a huge fan of, is highly liked my many others. So I consider this non-English list a hit regardless. 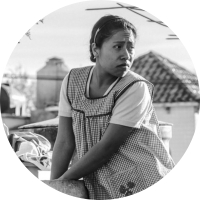 Let’s get the one I dislike out of the way first. And yes, I know, this has a lot of fans and I’m alright with it. You can like this movie, you can love it and appreciate it and I completely support you. I just didn’t get a long with this movie at all. I thought it was slow, it was very strange and it didn’t connect with me. Plus, and don’t get mad, I think it’s a bit overrated. But this is a non-English movie and since I did suffer watching this (maybe suffer is too harsh but that’s all I could think of right now), I might as well get the most out of it. 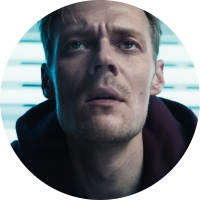 This is a Norwegian release and I saw this one during the Black Nights Film Festival. We also got a chance to talk to the director and the actor, which I think helped me appreciate this movie more. It’s about addiction and when I heard that the director was also a recovering addict, the movie suddenly felt more real and raw. It felt like that before knowing the backstory but the knowledge elevated it. This movie is well shot as well, and it’s done so by an Estonian cinematographer! The editor is an Estonian as well! So this is me sharing some love for my fellow Estonians. If you do get a chance to see this, give it a go because  I think you would like it. 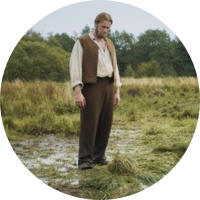 Dropping my favourite Estonian movie into the mix this week because why not!? I also think that this has the most chance to become Estonia’s first Oscar nominated movie (not counting Tangerines, because that was a production together with Georgia). It has been submitted so fingers crossed. This is an emotional tale of a man and his farm – I’ll say no more. It’s a very emotional movie and I, despite it being three hours long, saw it twice. It holds the record of Estonia’s box office and I think it was generally well received by every Estonian who saw it. This movie, even if you don’t know the history of Estonia, has universal themes, which would affect anyone in my opinion. It’s not the perfect production but considering it’s Estonia, and it’s an Estonian movie, it’s the best that has ever been so far.