Welcome to another week of movie recommendations – the only posts I seem to keep up with. This week we’re taking a look at nannies and babysitters. But as it is common for me these days, I’m adding my twist to it, and featuring three MALE babysitters in this list. One recommendation is awesome, two are alright. It’s not the best week but hey, sometimes you need to have a bad one to recognise the good ones. 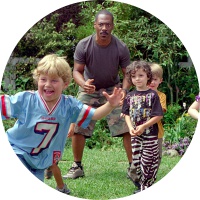 You guys remember Eddie Murphy? He used to be everywhere, much like The Rock is now. His 90’s career was filled with nostalgic classics I love, his early 00’s were alright and I have no idea what’s he up to now. Anyway, the movie I’m gonna recommend is Daddy Day Care. The movie is exactly what the title says, it’s a day care run by two dads and it’s your typical over the top comedy. I remember I chuckled here and there a few times, but it doesn’t have any memorable scenes that pop up. Then again, many comedies these days have the same problem. Bottom line though, it’s a little funny watching two men babysit a bunch of kids. 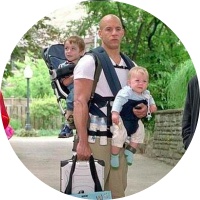 After Daddy Day Care some studio people were like, that’s a good idea, but let’s take it up a notch. So they thought, who would be funnier than a dad in a babysitter position. And low and behold, a navy seal got the job! Here, Vin Diesel, who wishes he was The Rock, needs to protect 5 kids. It’s hilarious because navy seals are highly trained and thought to be the toughest guys out there. But give a navy seal the job of babysitting 4 kids, and the dude breaks. Like, it’s funny because what The Pacifier really showcases is that mom’s are actual superheroes!  They don’t need training and they still get the job done! Is it a good movie, nah. Does it have some empty laughs, sure. So at the end of the day, it’s okay. 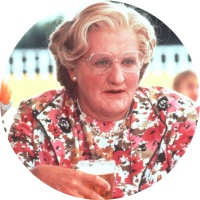 My favourite on the list and I’m sure I don’t have to explain why. Robin Williams takes on the role of Mrs. Doubtfire to get back his family. He serves as a housekeeper and a nanny to his own kids. But they don’t know about it of course, which makes for some amazing comedy. It has heart, it has emotion, it has humour, it has iconic scenes. It’s everything a comedy movie should be about. There are so many great scenes I would love to highlight but I think if I had to pick just one, it would be the frosting. Because for some reason that cake frost mask always takes the number one spot. “Hellooouuuuuu,” has never sounded more horrifying and funny at the same time. Comedy gold!