There are actually quite a few shows that came to mind this week in relation to music. But the frustrating part is the fact that I mentioned most of them in this TMP Television Edition post. So instead, I had to narrow it down.. way way down… to a single musical episode or a moment! Because there’s nothing better than a surprise musical episode/moment in a non-musical show. And I bet half of you already know at least one of these I’m about to recommend! 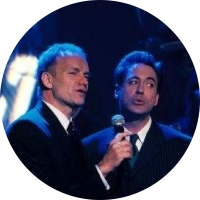 Let’s start with a blast from the past, shall we? We’re taking it all the way back to the early 00’s – to Ally McBeal. And man, was it hard to find a clip of this moment despite the fact that it’s still lodged somewhere in my brain. But I found it! It’s the infemous Robert Downey Jr moment where Larry, his character, sings Every Breath You Take for Ally’s birthday. And then Sting steps in! It’s just so good, smooth and… so memorable. Which is evident in the fact that this small moment is still somewhere in my brain. The show had other musical performances, it had, most likely, more epic moments, I’m sure, but this is my moment. This is my IT moment and it’s the musical moment I picked to start off the list. Also, doesn’t it feel like it’s about time to rewatch Ally McBeal? 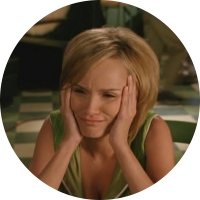 Alright, so Pushing Daisies is a show that is hard to put to words because it is so wonderful. Even more wonderful are the small moments when Kristen Chenoweth’s character Olive breaks into a song. There are more than one, which makes Pushing Daisies a good pick for this week in general. It’s not a musical per-say, but there are musical numbers here and there. One of my favourite moments is of course the Hopelessly Devoted to You in the second episode of the show. The green dress, the green floor, the DOG! That cute little dog, looking so adorable and of course Olive being so.. hopeless. And Chenoweth has an amazing voice, she’s so tiny yet so powerful. 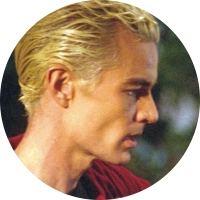 3. Once More, With Feeling, Buffy the Vampire Slayer, S6 Ep 7

Now we go big! Now we go from one moment to the whole episode. Which is when we go into the musical episodes category. Where there’s only one epic episode that everyone should know and love. It’s the nearly perfect musical episode Once More, With Feeling brought to you by Buffy and the gang! It’s packed with memorable songs including I’ll Never Tell, Walk Through the Fire and Something to Sing About. But more importantly, it has Rest in Peace, which is just.. perfection from start to finish. Not just plot wise, not just the lyrics, it’s because of James Marsters. He delivers an undoubtedly perfect performance filled with angst and seduction. It’s one of the reasons why I love Spike so much. But definitely not the only reason! #TeamSpikeForever.