Last week’s Thursday Movie Picks was parenthood, this week it’s muses. But since I’m selfish, I want to make this week all about myself and talk about the characters who inspired me to binge watch a movie. Because that’s how I’m translating this theme – somebody who makes you do silly things because you are so in awe. Anyway, my teen angst muses, ladies and gentlemen. 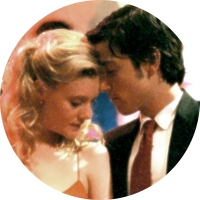 Well, my Diego Luna fangirling begun many many years ago. Unfortunately, the movie itself isn’t that good but that didn’t stop my teenage self from watching this movie on repeat. Like, it’s not even funny, how much I was into this movie. I laugh at it now but damn, I was so into that dancing and weird dialog. If that doesn’t make Luna’s character into something muse-worthy, I don’t know what would. Honestly, I’m ashamed to admit that I liked this movie. It’s… dear lord, I was so weird. 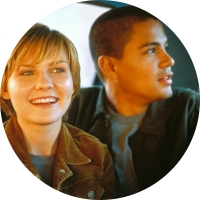 For some reason, this is the movie that always comes to mind from my teenage years. A troubled, rich, white girl falls for a pool boy. And well, even though I’m one for the bad boys, I apparently also had a liking towards Latinos. Which, I mean, can you blame a girl? He was nice, caring and even though the main character was being absolutely annoying at times, he stuck around. I haven’t followed Jay Hernandez’s career very much but he’s still pretty popular. Especially in television shows.

Last but not least, probably my favourite muse from my teen years, Landon Carter. This character was not the start of my bad boy phase, but he sure as hell didn’t help to end it. Portrayed by Shane West, Landon just really crawled his way into my heart. The movie is super sad but I think I’ve cried over it for more than 10 times. That’s how committed I was to this character. Of course it helped that Shane West looks pretty darn good too, so you know, hormonal galore.