Not going to lie, Thursday Movie Picks has been a little bit rocky these past few weeks. I messed up weeks, then cold war wasn’t my theme at all but THIS WEEK! This week is absolutely amazing, because I feel very motivated to just go wild. Fun and wild, and just movies I thought I was going to dislike. I’ll not say hate, because I wouldn’t even watch it if I expect hate. I’ll just end up hating them for the sake of it. 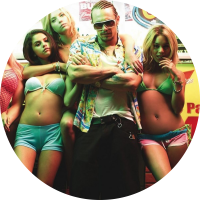 I did not necessarily think I’d dislike this but honestly, I was quite sceptical. This film does not scream well made thrill ride. But you know what, it ended up being a fun little ride anyway. Spring Breakers is one of those movies that just feels like it’s on drugs. And the good kind! It’s colourful, fun, adventures – but it’s also scary. We have a very strange yet interesting performance by James Franco leading the film. Oh, and girls in bikinis, that’s always a good thing. Now, Harmonie Korine’s next movie is coming out soon, and honestly, I’m excited. I haven’t revisited Spring Breakers, because it’s not that kind of a movie, but I’m still thrilled for The Beach Bum. 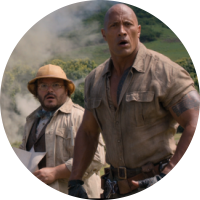 Now, the idea of giving Jumanji another film felt so wrong! No remake or revamping has really worked, except maybe Mission Impossible, and now Jumanji. While it does have one sore spot in the film, there are a lot of good things! It’s heart warming, it’s incredibly empowering in a way and it’s just filled with laugh out loud moments. The Rock nails this performance, and Jack Black as a teenage girl?! Pure gold! So this film is a lot of fun and I was truly surprised by it. It’s also super emotional and I had no idea I was going to feel so sad at the end. Plus, I’m quite excited for the next film now. 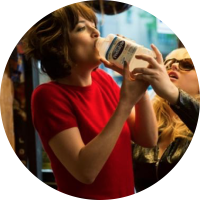 This is the film I truly did think I was going to hate… I think. Not just because rom-coms have been really missing the marks lately. But also because Dakota Johnson had just made her Fifty Shades movie, so, my expectations were low. Like, super low low. But turns out, it was fun, empowering and a great time. There are well written female characters,  sophisticated romantic choices!, and just good friendship. Johnson is surprisingly good and believable, just miles ahead of her Fifty Shades performance. Wilson was a bit too much but it was expected. I just recently revisited it, and it was still just as fun. Btw, does anyone else have a thing for Jason Mantzoukas? No? Just me?

1
Tags: How To Be Single, Jumanji: Welcome to the Jungle, Spring Breakers, Thursday Movie Picks, TMP