I really really love this week’s theme! Because I love the idea of how time can change our perspective and our view on something. For this week, there are two ways to go, movies we loved but disliked after a rewatch, or movies you hated and ended up loving after a rewatch. Or maybe there’s a third option? Find out which way I went with it. 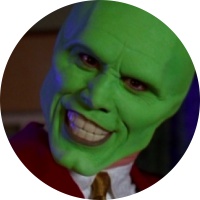 There were so many movies in my childhood that I watched but soon after forgot about. On purpose or accidentally. That’s the theme within a theme I’m going with this week. The Mask happens to be the film I forgot about on purpose because that shit scared the hell out of me as a child. The second time I watched it, I didn’t see the horror… I just saw a lot of humour. But still, this movie was so scary to me as a child and I remember the fear I had. Now, after rewatching it, it’s funny to think I ever thought it was horrific. But that’s the joy of rewatching childhood movies, and getting a fresh perspective on them and having a different opinion about it. It’s refreshing. 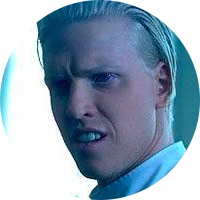 When I was little, I saw The Frighteners at least once. Then, years and years later, I was thinking about this movie I vaguely remembered. With characters having signs on their foreheads being the only thing I remembered, I sought it out again as a grown up. I was absolutely blown away! It was so good, a discovery I definitely needed to make years after seeing it and forgetting all about it. It’s also one of Michael J. Fox’s lesser known films, which is sad because it deserves to be more known. So the different opinion about is the fact that it’s actually not forgettable, I was just too young to appreciate the magic of The Frighteners. 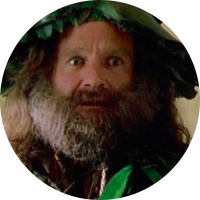 Now, I knew a little about it but not much before I rewatched it. I remembered there were animals and a board game. When I  rewatched it years later, I discovered that this “kids” movie is a lot more brutal than I remembered. It is freaking scary actually but also, super fun at the same time! It’s one of those timeless 90’s movies that always brings a smile to your face and I’m super glad they didn’t fuck up the revamping of it. That being said, there is something about rewatching the original that will give you a feeling you will never get with rewatching the new Jumanji – that warm and fuzzy feeling from childhood memories.