Alright, this week I’ve outdone myself! The thing is, I’ve seen almost every movie listed here with the exception of one. Not impressed yet? Well, I’m listing 6 movies, the original and the adaptation. Which is quite the achievement for me, as I rarely look for non-English movies and tend to go for the adaptations. Not for this list though! 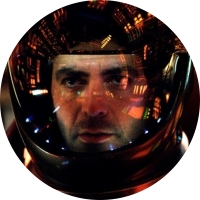 In the beginning of the year, (when I was still doing the Blindspot thing), I watched a 3 hour Russian movie called Solaris. It was.. an interesting film but it was way too long and it was lost in the atmospheric cinematography at times. The adaptation, which I just recently watched, was more focused on the story. It followed the characters and I was able to keep my focus better with the English version. That isn’t to say that I think the adaptation is a better film. I think it’s simply a matter of taste. While the adaptation takes the parts of the original, adds to them, in my opinion, it also keeps the integrity of the story. The soundtrack alone feels very reminiscent of the Russian film from 1971, very eerie and isolated. Needless to say, I thought George Clooney was the perfect space man, which he has been numerous times. Also, the 30 year difference really shows in terms of production design and CGI, which made the adaptation feel more believable simply by being more recent. 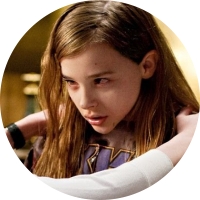 My first adaptation was of two movies with a lot of years between them. This is not the case for Let Me In, adapted from a Swedish film called Let the Right One In. Now, I saw both films back to back, which is partly the reason why I think Let Me In is a lazy adaptation. It keeps the story, it literally translates the film, but it adds CGI, which for me, ruined it completely. The Swedish original has a raw horror feel to it. The scenes having a strong connection to reality, since they didn’t use any CGI. The American remake also has Chloe Grace Moretz, an actress that has never really appealed to me. So this is a fine example of how adaptations can go wrong. 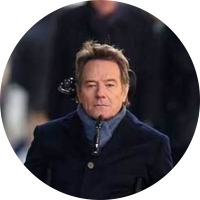 Now, here is that one film I haven’t seen, The Upside. A 2017 adaptation of a French film called The Intouchables. I have only seen the French version and have no plans to see the US version. Why? Well, first of all, it seems like a very weak adaptation just based on the trailer. Second of all, part of the charm The Intouchables had, was that it had fairly unknown actors for me. Making the film feel more genuine and real. US version just put well known actors in the leads, expecting the audiences to love it just based on the actors alone. I have a feeling the US version also lost the charm and humour the original French film had in bundles. So what’s the final verdict? To adapt or not? I’d say it really depends. But at the moment, I’d say, don’t do it. Think of something original and go with that, rather than adapt something with lazy efforts.

2
Tags: Intouchables, Let Me In, Let the Right One In, Solaris, The Upside, Thursday Movie Picks, TMP