I love a good old meet cute! It just sparks joy, especially when you see a movie for the second time and know how much to appreciate the meet cute. So keeping this in mind, I’m bringing you three movies  I’ve seen many times with not just one meet cute but TWO! Because the more the merrier, and the more, the cuter! 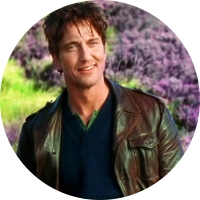 This one is special to me because it’s not your typical movie meet cute. The thing is, it happens midway through the movie, when Hilary Swanks character goes to Ireland. She remembers how she met her husband, the one who died and left her letters to help her grieve. It’s a sad movie if you think about it but it’s also full of laughs. Especially how Gerald Butler’s character describes how they met.

He is the male lead but there’s another meet cute in this one! The one I mean is when Swank’s character goes to talk to Jeffrey Dean Morgan’s character (doing sort of an Irish accent). It goes sad really quickly but later on they meet up again. Her friends are being super pushy and it’s exciting. And then she sees his butt! Can’t get any cuter than that! 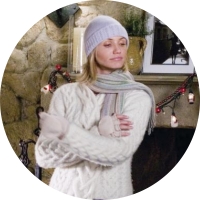 The ultimate movie of meet cutes because it also describes what a meet cute is and happens to make the ones it has even more special. We have two main characters – one portrayed by Kate Winslet, the other by Cameron Diaz. The characters live accordingly in England and in America – they switch places for two weeks, like in those Disney supernatural movies but for real and it’s brilliant.

Diaz’s meet cute is with Jude Law’s character and it’s is brilliant. He is acceptably drunk, she is almost ready to leave because she thinks she has made a mistake. Sees him, is instantly flustered and it gets quite… grown up pretty fast. Winslet’s character meets Jack Black’s character through a loudspeaker and then he adorably helps her when something gets in her eye. Friendship ensues and Black is adorable and amazing in this one!

Going back to the 90’s, here’s a movie that has technically one meet cute but you could point out more than just one. See, the first one is when they meet online, something we only get to hear of and never “see”. The second one is when Tom Hanks’ character goes to the bookstore Meg Ryan’s character owns, they meet, it’s adorable, life goes on. Then she meets him after she finds out he is the owner of a bookstore chain that drives her out of business.

The final meet cute is technically the one where she meets him after she finds out he is the one she has been talking to online. So if you look at it, this movie is one meet cute after the other considering by the end, it’s just all cards on the table and no secrets.