This week’s theme is wonderful. It’s so specific yet there are so many theme within themes to pick from! Do I go for the good old love letter route or something else? Well, keep reading, and find out for yourself. 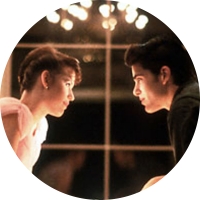 The movie starts with our main character passing a note with very sensitive answers to very intimate questions. While her best friend dozes off, she passes a note to her only to be picked up by her crush instead! The dangers of note/letter passing in class is that it will most likely end up in the wrong hands. Or, maybe the right hands? Depends how you look at the situation and depends how lucky you are. By coincidence, I actually liked this one a tiny bit better than the next John Hughes movie I’m about to mention. Maybe it’s because I saw it after, or maybe, I just need to see them again.

See where this one is going? Not only are these letters in a school environment, I’m throwing in John Hughes as a cherry on top. The Breakfast Club is one of those feel-good movies. The letter I mean is of course the one they end up writing in the end. Signed, like the title of the movie says, by The Breakfast Club. Iconic scene, iconic characters, a movie that everyone needs to see at least once. But like I said before, maybe because I watched these two in a row, starting with The Breakfast Club, I ended up liking Sixteen Candles tiny bit more. Though I’m really glad having seen both. 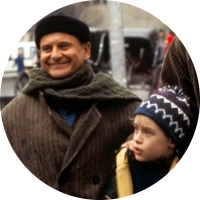 So, this one was a bit harder to think about because it’s technically not a school movie. BUT it is written by John Hughes so the connection remains, and there is a note! It’s the one Kevin leaves for the owner of the toy store, telling him he had broken his window. It’s a small little letter, explaining the situation and adding an adorable little joke. “Do you have insurance?” Kevin’s such a wonderful character, and he’s created by Hughes. He had a knack for kid/teen characters. You really end up caring and rooting for them, one way or the other. The movie is one of those rare sequels that feels just as strong as the first movie. I mean, I’d binge both in a row with mom every holiday season. No problem!