This year I’ve been especially out of the box with some themes and this week won’t be any different. Today I’m going to look at an interview as an important part of the process of making a film. More specifically, a documentary! Because a good documentary is all about interviewing and telling a complex story, where a single interview could change the balance and the perception of the documentary itself. 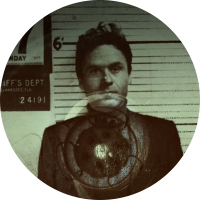 Granted, more of a mini-series, The Ted Bundy Tapes is a good documentary to get yourself in the mood for the upcoming movie starring Zac Efron. The documentary focuses on the taped conversation recorded by Ted Bundy. It is almost as if he himself was interviewing himself, but he kept talking in third person. The focus of the documentary show is more on the police investigation side. Which might be good, since the film seems to focus on the media’s side. Needless to say, I really enjoyed this and some of the interviews with the police were actually a little funny. If you don’t know this yet, Bundy escaped a few times and it’s ironic how easily he managed to outsmart the police and if I remember correctly, the FBI as well. 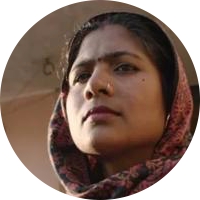 The Oscar winning documentary short is a quick but serious look into a rural village in Northern India. It takes a look at how the people living there and shows their view on periods. Or the lack of view to be precise. Young women think periods are something to be shameful about, boys have no idea what it even is. More importantly, it shows that the ignorance has led to a situation where women don’t have any pads nor tampons to use during their periods. Their methods aren’t hygienic and the documentary follows a project that aims to give these women their own job to produce sanitary pads for themselves and other women. It’s a pretty shocking 26 minutes, especially since I’m sure many of us take pads and tampons for granted. Now imagine suffering with cramps while not even having any proper protection. 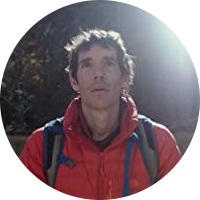 Last but definitely not the least, my favourite in the list is of course Oscar winner Free Solo. This movie is filled with interviews with Alex Honnold, his girlfriend, his friends and even the filmmakers themselves. While the documentary is filled with technicality, the interviews add a more personal, emotional side to the movie. The filmmakers have said that about themselves as well. One of them is the technical, the other emotional storyteller and it helps to balance out the story. There are a few interviews that feel very intimate, very close and almost like not interviews at all, but the inner thoughts of the subjects themselves. It’s what adds so much depth to Free Solo and I couldn’t be more thrilled to have seen it… more than once already. If you have yet to see it, do it already.