Finally, the last Thursday of October is here and I can soon put this months’ horror adventures behind me. Like always, the last Thursday of the month is all about the television shows. The theme is simple, the point is straightforward – we are talking horror. And here are three shows that for me have been horrific but amazing. Oh and since I’ve been lazy lately, this one also has a theme within a theme because why the hell not. All three have something to do with zombies! 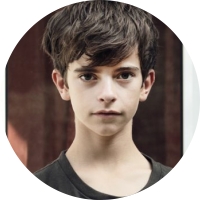 Alright so I’ve seen bits of both shows, more of the one season remake. But I’m listing it here as a reminder to myself to watch it! It’s good. It’s about dead people returning. They’re not zombies as far as I can remember but they are not all the same either. Which you know, makes sense since they were dead and now they are not. I’ve got a soft spot for the French version of course because it’s better. But whatever you prefer give it a try, it’s pretty good as far as I know. 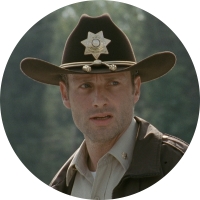 Should have ended a long time ago but I will still praise the first 4 or 5 seasons. It did lose a bit of its edge around season 3 even but at least it still felt fresh. Now the zombies makeup feels like a regular Tuesday, we’ve seen enough, we know it’s amazing, it doesn’t shock us anymore. But oh how wonderful the first season was? Do you remember!? It was a horrific ride throughout and I remember watching it at night thinking, why the hell am I torturing myself? Anyway, I’m hesitant about everything Walking Dead related now, there’s a spin-off, another spin-off, a movie!? Nah, I’d rather watch that first season again and again! 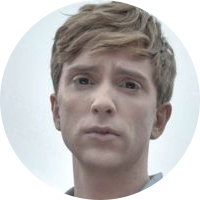 The only truly horrifying thing about In the Flesh is the fact that it had a very short run. Just two seasons and man, it deserved a bit more. It’s basically a humanised version of Walking Dead with a bit of British humour thrown in. It reminds me of that movie Warm Bodies where zombies started to resemble humans more and more but it’s a lot better! I have the fondest of memories of this show and I do plan to revisit it at some point. It’s just super sad that it only had two seasons. As far as I remember, it also ended on a cliffhanger! That’s the worst!