Considering the fact that Horror Edition is yearly and takes up five weeks I should be more prepared, right? Well I don’t know how to prepare, apparently. So for this week I watched three fairly recent snow / winter related horror movies. One of them was not good, the other was garbage and the third hit the spot. Meaning instead of recommendations, come join me this week for three mini-reviews. Theme within a theme besides the snow / winter is the fact that all three have cool movie posters. Not to mention the mini reviews. That’s a whole new experience here on Thursday that might become more common here in October if I keep not watching enough horror movies during the year. 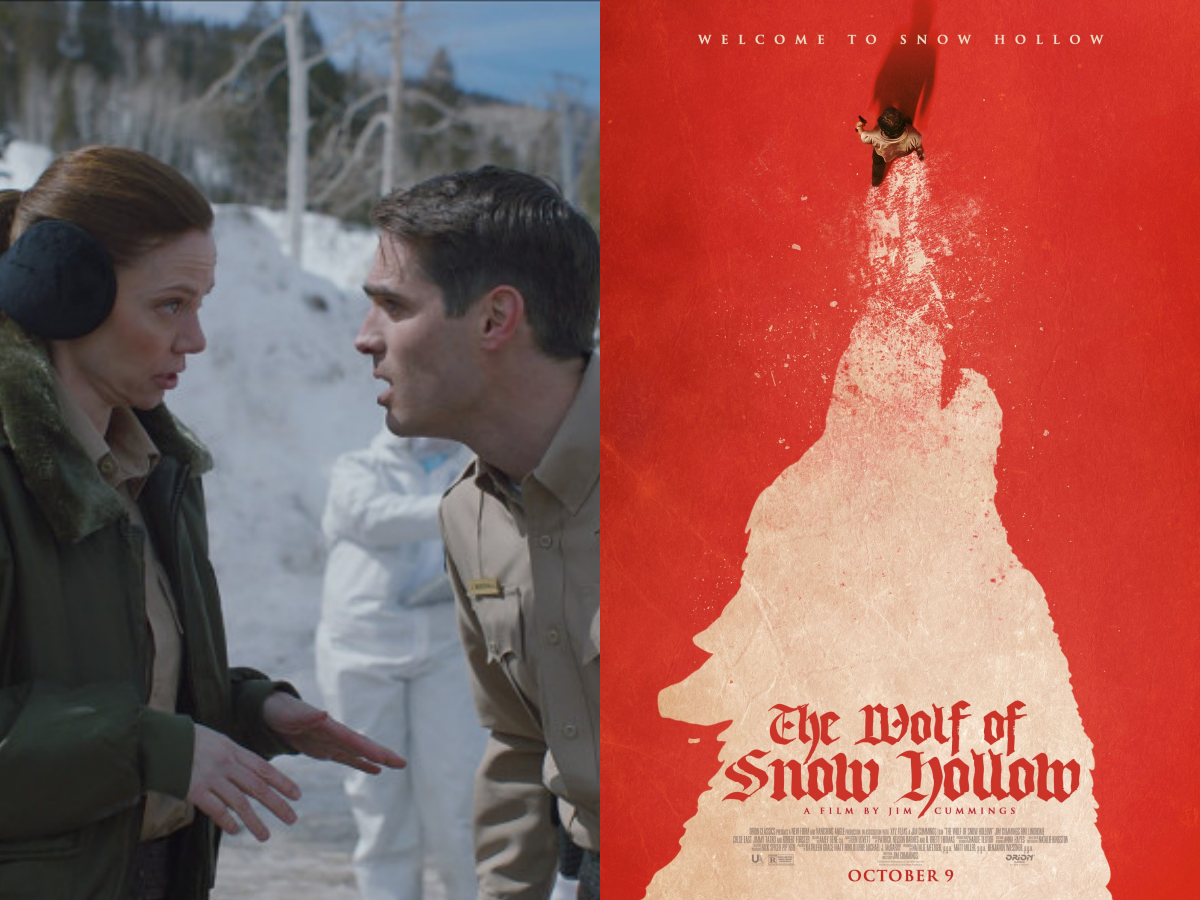 This movie has one of the coolest posters I’ve seen in a while. That’s what caught my eye and I decided to come up with this week’s theme within a theme. The movie is about a small town (Fargo vibes) that is suddenly struck my horrific killings.

Going in blind probably meant I had no idea what to expect. Only thing I expected was snow but never did I expect such an imbalanced story telling. Yes the script had some good ideas but the execution was just all over the place. There was a lot of yelling, a lot of angry acting and the main police guy John (played by Jim Cummings who wrote and directed this movie) was s0 unlikable. He was mean to everyone, yelled at everyone including his daughter and his female partner at work. Plus fired people for seemingly no reason.

The wolf killer only killed off women and teared their sexual organs out. Considering the gruesome way the women died the only plus for the girls team was Riki Lindhome. But like I said it was hard to root for John because of his shit attitude. And since we followed him throughout the movie the whole thing just became obnoxious. There were some nice transitions here and there editing wise and I assume it gives a good nod to the classic horror style. But unlikable leading men with anger issues is where I draw the line. 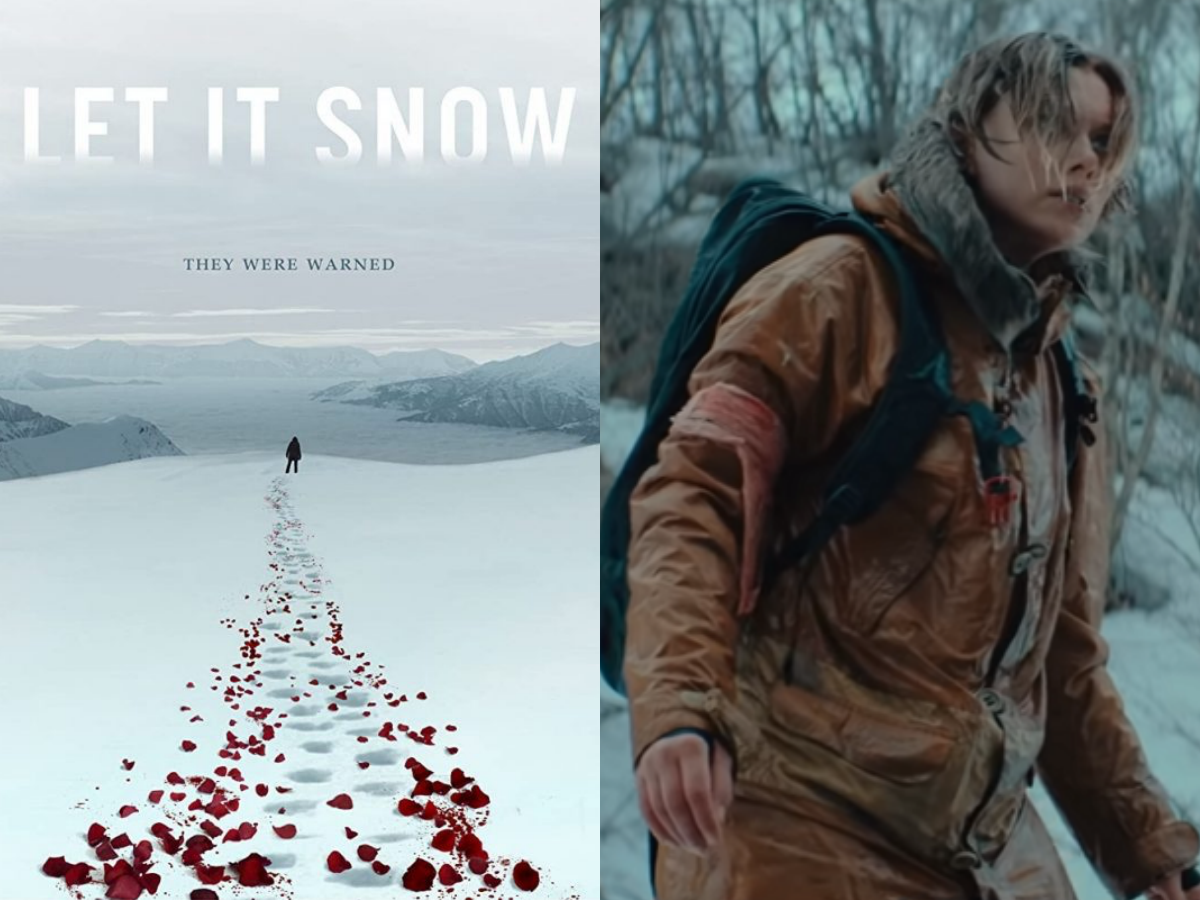 Not to be confused with the Netflix multi-story young-adult movie that was released last year. Let It Snow is a horror movie that takes place in snow filled mountains in Ukraine? where an American couple goes for their holiday. They venture out to this forbidden Black Ridge where the guy really wants to go (despite a body found there just the same morning!) but we end up following his fiancé who is going to fight for her life. You see, a mysterious masked snowmobile driving nut job is out to get her.

Going in I knew it was not going to be good. Directed by Stanislav Kapralov from Ukraine Let It Snow is just as empty as the snow covered mountains the movie takes place in. The main girl has very little survival skills yet she survives, in the cold, in harsh conditions. It’s almost a bit too unbelievable to a point of sad. She does look very bad by the end of it at least there’s that. But why wouldn’t she at least wear a hood or a hat or something is a mystery to me.

Which reminds me of the fact how they got separated in the first place. She stayed a bit behind of her fiancé when they were snowboarding down Black Ridge to take photos. I thought okay. You know what she did? She took selfies with her phone. 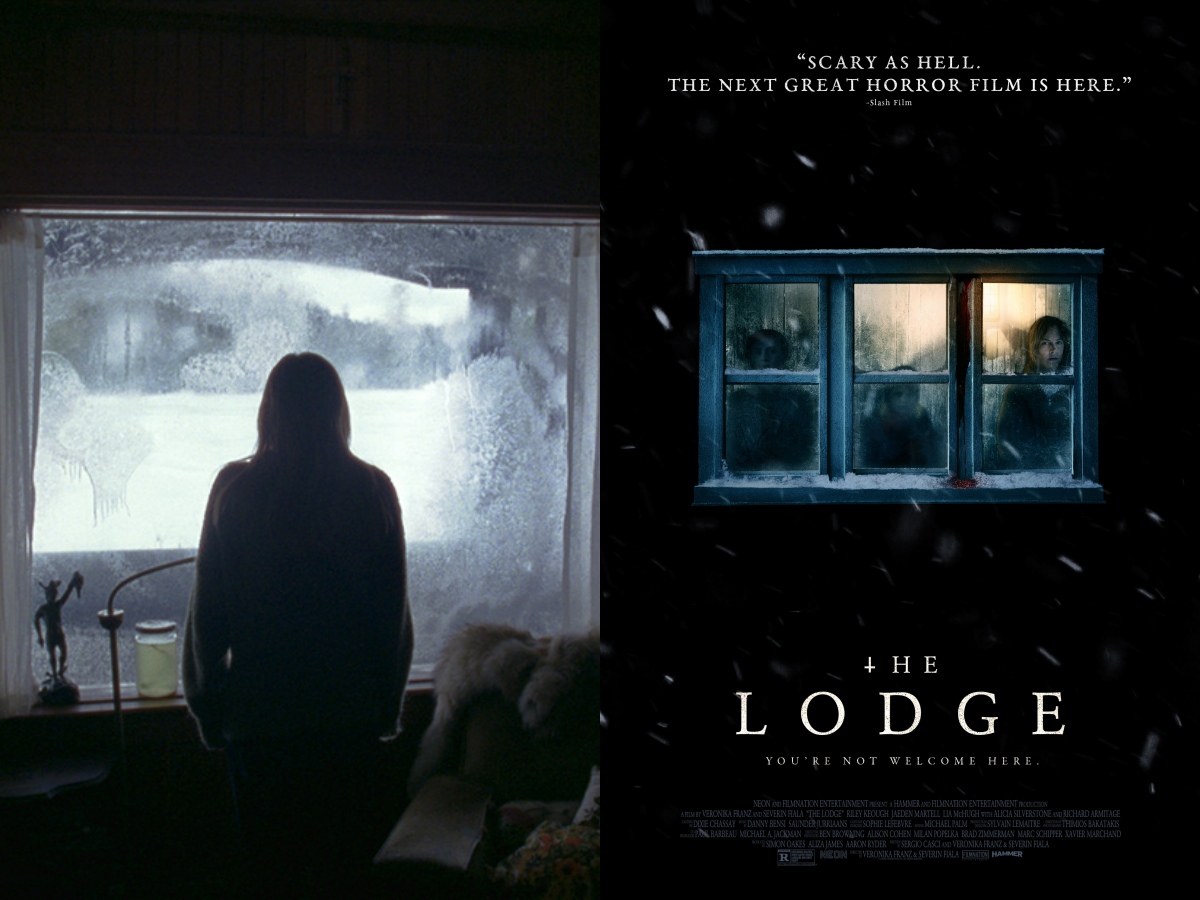 Last but not least we have The Lodge. This one I had heard of before and knew it was going to be the best of these three. I was right. The opening sequence definitely surprised me right from the start. Though a tiny spoiler I need to mention that the mom kills herself. This was a surprise and shock for me. Even though technically I didn’t think the special effects was good enough and the blood splatter could have been better but I digress.

The main plot takes place six months later. Richard Armitage plays the dad (he doesn’t have a huge part) and he has been seeing this new woman Grace before his wife’s death. Riley Keough plays Grace and is pretty good here. Anyway, the dad ends up taking her and the kids (Jaeden Martell and Lia McHugh) to a lodge for Christmas. Then the dad has to leave for a few days. This is where the movie takes a strange turn. Weird things start to happen and Grace is becoming more and more unhinged. Oh did I mention Grace used to belong to a cult? That adds a whole new layer of mystery to the movie.

At one point something happens that makes the entire movie a bit nuts. Snow / winter has the best connection with the movie plot here by the way. But the twist is not perfect. Yet considering how shit the other two movies were The Lodge at least surprised me. I wish the plot was a bit tighter though. The execution of the twist isn’t as clean and I wanted it to be a little cleaner. Or at least more well thought through because it doesn’t really make any sense how it all unraveled.