When I first sat down and saw rituals I thought I was going to grasp for straws here. But as I thought about it a little I realised I have quite a few gems to recommend. All three are decent horror movies but one is especially special among the mediocre. There are good performances, some satanic rituals and well, some pretty gnarly ones too. It’s no wonder rituals are mostly associated with horror movies. 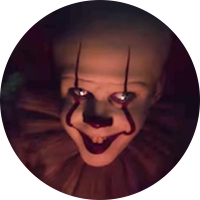 Let’s get the first and most easiest out of the way. It Chapter Two has a ritual in the end. It’s pretty stupid and it doesn’t even work but hey, it’s a ritual and I think I haven’t mentioned Chapter Two yet. Also, I just posted a REVIEW of it! Yes, who am I? Reviewing? This is so unlike me so you better go and read it. I listed characters based on how much I liked them. But as said, the ritual in It Chapter Two is quite pointless and I don’t even understand why they kept it. Sometimes leaving out things is better then cramming them in. 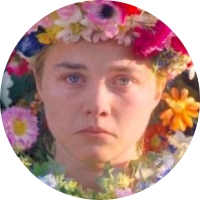 This is a fairy tale horror movie, mixed with old Scandinavian rituals and beliefs. With Midsommar Ari Aster proved that directors can gradually built up their resume and not fail after a strong debut. Following Hereditary, Aster takes a completely different visual story telling angle and tells a harrowing story. It’s almost hauntingly beautiful and there are so many amazing scenes scattered throughout. If you still haven’t seen it, I highly recommend it. The rituals or a ritual that is scattered into smaller ones is common for Northern Europe. Similar sacrificial rituals have excited for a long time, making Midsommar an even more powerful story rooted in history. 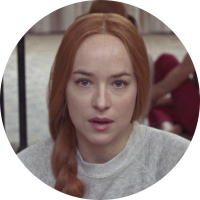 It doesn’t really matter which Suspiria we are talking about I guess. I’m pretty sure the old one follows the same story and has elements of rituals throughout. I haven’t seen it though so correct me if I’m wrong. The new version at least focuses on a dance school where girls are performing a certain ritual. They think it’s a dance while in fact it’s something much more satanic. There is also a very disturbing and naked scene in the end that involves ripping out a heart. Despite me not liking it,  this movie has stayed with me for a while now. It’s not the strongest but it certainly has great visuals that speak volumes. And Dakota Johnson didn’t annoy me in this so that’s also a win.