This the season to be scary! Which is ironic since Halloween edition scares me a lot. Being quite new to the horror genre I’m sure I’ll start repeating myself with these movies. It’s inevitable, honestly. But this week, since horror is paired with period dramas, I’m pushed into a very tiny corner. So, I’m improvising. I’m bringing you three movies that have horror elements but are not all horror movies per-say. Also one is technically not even a period drama. All three have one common actress though so I guess that sort of makes up for it, yes? 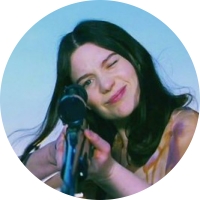 Breaking all the rules but it’s kind of a period drama. It’s also classified as a psychological thriller but Wentworth Miller who penned this has said otherwise. Miller himself has described it as a horror film so that’s what I’m going with. And to have a movie about a teenager in the middle of a very complicated family dynamic, is kind of horrific. This movie is brilliant! It’s one of those movies that I think about every once in a while but haven’t really watched a lot. I do want to revisit it as I’m older now because I’m sure I’ll catch more subtle hints and symbolism in its core. It’s well written, it’s amazingly acted and there’s a very nice tone to the entire movie. Definitely among my favourites and I’m eager to agree with Miller that it is a horror movie. Many psychological thrillers are. 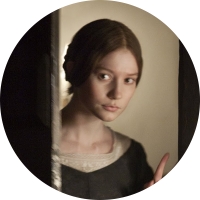 This one is a period drama (also double mentioned this year) that technically is not a horror movie BUT the filming conditions were! The director, Cary Joji Fukunaga has admitted that “Wasikowska nearly got hypothermia on the second day while shooting the rain sequence” – that is horrific! So I’m listing it here and to be honest, some of its elements are a little horrific. Then again, many movies that hit close to home with their heavy and emotional themes could be horrifying to many. So even though I wasn’t a huge fan of this movie in general, I appreciate its dark tone and the acting behind it. Plus, I remember liking it a lot during the Fassbender craze that was going around at that time. 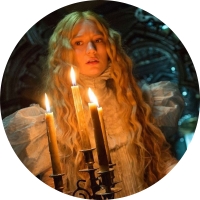 Finally a proper horror movie in my list! Crimson Peak is, in my opinion, a failed attempt to be a great gothic horror story by being a bit too muddled. I remember I was so excited for it and after I saw it, the disappointment was huge. I think I even reviewed it back when I reviewed movies. To be fair, it does have some pretty gnarly horror scenes with CGI ghosts that I still remember. While I was technically not a horror movie fan back then, I still enjoyed the horror aspects of Crimson Peak. By the way, did you realise what all these movies have in common? Oh yes, it’s Mia Wasikowska, who is the new period drama actress to replace Kiera Knightley it seems.