Only two weeks to Halloween and I bet many of you are excited. I don’t necessarily get excited about it myself as it is not a trend here in Estonia but jump scares are! Not just in like every day situations but also in horror movies. So I’m looking back at movies I “watched” as a teen and probably got scarred for life because of them. Like, that’s the thing I still dislike about horror movies, those damn jumps. So here I am listing three that I remember oh so well! 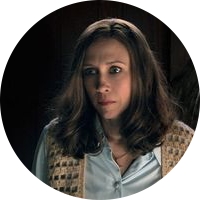 I’m very certain I’ve mentioned this movie before or maybe just the first one. The thing is, I think I was constantly on edge while watching this movie. That chair scene?! That nun! Like, the amount of jump scares this movie has I can’t count them on one hand. Heck, maybe not even on two. But oh how well those jump scares were delivered though. Plus the chemistry between Wilson and Farmiga is so natural and effortless. I wish the setting of these movies was less scary and more romantic sometimes. 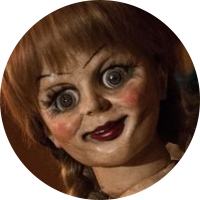 Don’t remember a whole lot about this except that I was definitely freaked during most of its running time. I remember my friend was a little entertained by my lack of ability to actually watch this. I did watch this before my newly found fondness for certain horror movies so I might feel less freaked out about it now. Anyway creepy doll that might wake up any minute. Yeah, no thank you. There is just something about having your childhood fantasy of your dolls waking up paired with horror that is simply too realistic. 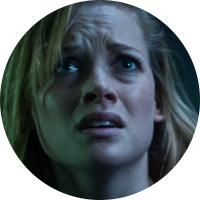 I have a vague memory of mentioning this but maybe I haven’t. Either way, mentioning it again! This is a movie that is so well built up on silence that is was born to have some amazing jump scare moments! I remember that I physically reacted more than once when that old dude suddenly appeared. So yes, I love it but I also hate it. But honestly, this movie was actually super fun and interesting. The idea was good, the execution worked, performances were spot on and the twist at the end was actually surprising for me.