So here’s a funny story. I didn’t plan to do this without the help of an IMDb list, but when I went to scroll through it, I was slapped in the face. Because when I picked out three movies for this list, I had no back-up option. In other words, no selection took place here. I’m just listing the three from a Cold War movie list that I’ve actually seen. 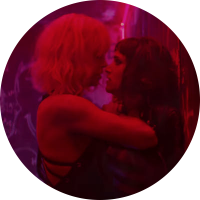 There was a moment when I was very thrilled for this movie. It was when the trailer came out and it looked sick! Then the reviews came and the excitement quietly died off and by the time I saw the movie, I wasn’t really thrilled. Turns out, it wasn’t the worst but man, it felt like a missed opportunity. Theron looked badass but the story around her was shaky, and there wasn’t enough action sequences. Oh, and I personally wanted more James McAvoy, yes please, thank you. 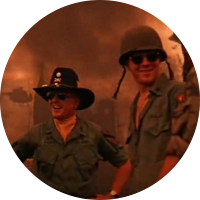 Me recommending a movie that’s made before the 90’s? What has happened?! Well, I once watched, in two sittings, Apocalypse Now, and haven’t had the chance to mention it yet. Well, I remember very little of it, which is a shame but I remember the behind the scenes drama. I actually feel a little disappointed at myself for learning all that stuff after watching the film. Knowing it before going in would have given the movie a whole new perspective. So if you haven’t seen it yet, read up on it, and then go in with all that knowledge. 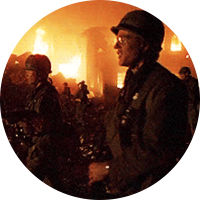 Hey, look at me, recommending movies from the 70’s and 80’s – girl is getting better with the classics. But to be honest, Full Metal Jacket was one of those movies I saw as a preteen. Which might sound disturbing but it was fine – I was used to it. I’m always thinking of watching it again as a grown up, because I’m pretty sure it’s my favourite among Kubrick’s films. Which might offend some but being my first Kubrick film I remember seeing, it’s sort of a special one. Plus, nobody can deny it’s pretty damn good.