Not going to lie, reading this typecasting theme for the first time gave me hives. It is a brilliant theme, don’t get me wrong, but it also expects some serious thinking. I had to ask Brittani for help because this typecasting thing was for some reason very difficult for me. Even now I’m not sure if I got it right.. it’s such a tricky and frustrating theme because it focuses on careers rather than movies. And frankly, most of the careers I follow from start to finish have been less about typecasting and more about being everything. 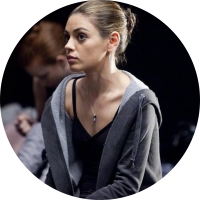 Alright, so I know this might be completely off the mark but hear me out. Up until Black Swan, I had seen Kunis in That 70’s Show and number of comedy movies. She also did some action movies but nothing like her role in Black Swan. Honestly, I don’t think she’s done anything like this afterwards either. For me, Kunis has and will probably be a teen actress from a comedy show that did that one eerie movie with Natalie Portman. Maybe she’ll venture out of her comfort zone again in the future but with Bad Moms success I doubt it will happen any time soon. 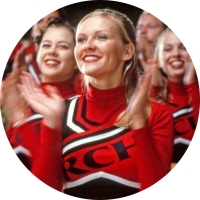 Yes, so again I have to venture into explaining my thought project. For me, the first movie I saw Dunst in was The Interview With the Vampire. It was her breakout role, dramatic, serious – heavy stuff. Well, (not her first time venturing out of typecasting but) Bring It On was the exact opposite. Sure, she had done a bit of family and comedy here and there before but Bring It On was a teen romance comedy. I’ve put her here because she could have done the serious route all throughout her career but by this point, I think she has done it all. If this doesn’t make sense, it’s okay, I still can’t make sense of this theme. 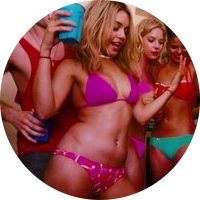 Last but not least in my attempt to deliver a third recommendation for this list is Vanessa Hudgens in Spring Breakers. Honestly, I could pick any of the three better known names from said movie and they would all fit into this category. But Hudgens with her Disney High School Musical cred feels like the most fitted for this theme. I mean, to go from a jolly cheery nerdy high school teen into a bikini wearing criminal is a pretty long venture. I guess it’s a credit for Korine on making the very Disney cast do some very sketchy things. But still looking hot while wearing bikinis.